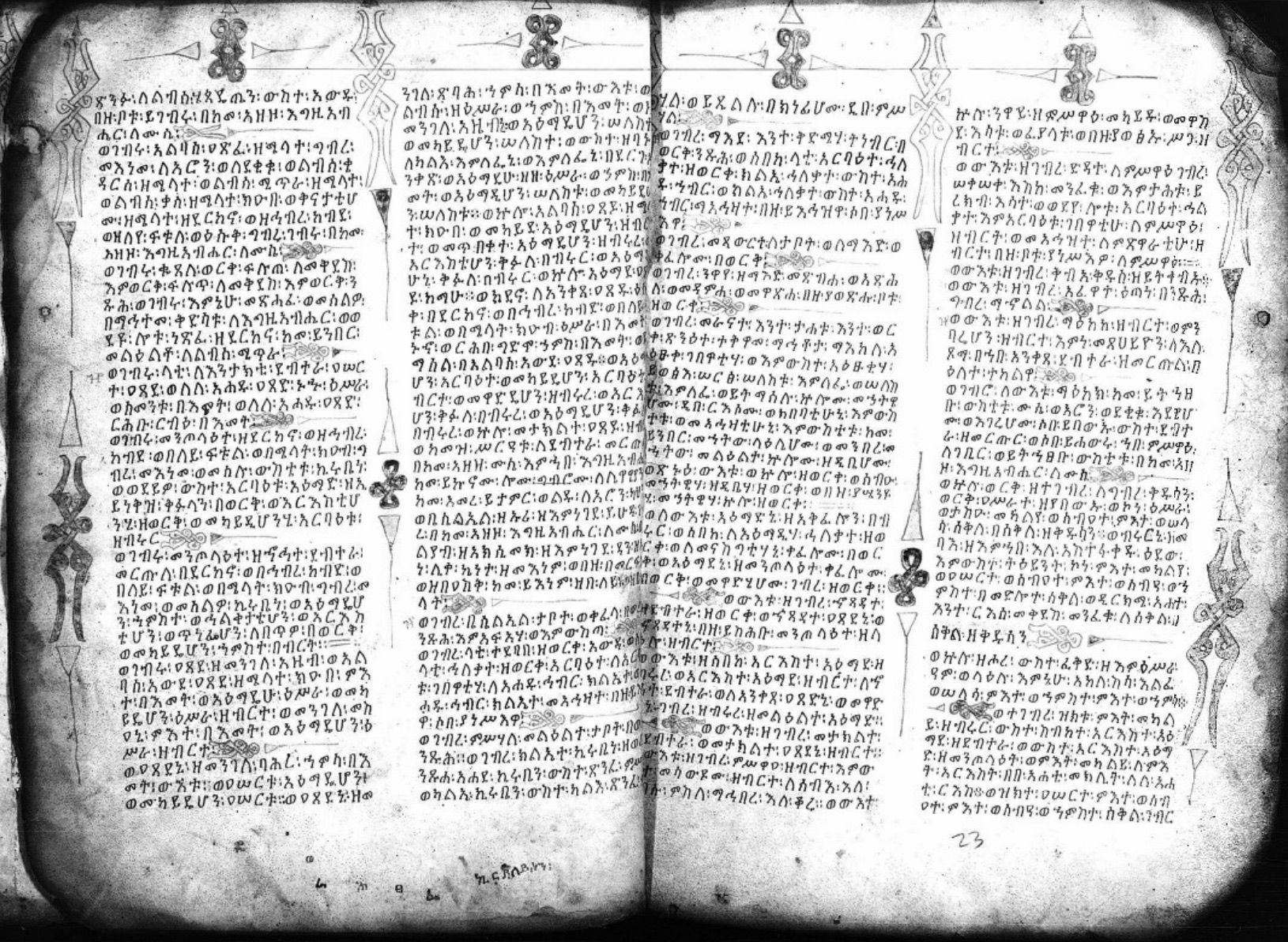 This microfilm image is from EMML 9001, recently found to be one of the oldest Ethiopian manuscripts preserved.

Ted Erho, a doctoral student at Durham University in England, recently spent six weeks at HMML studying Ge'ez (classical Ethiopic) manuscripts. HMML’s microfilm and digital collections are the richest resource for the study of Ethiopian manuscripts in the world. Supported by one of HMML’s Heckman scholarships, Erho made stunning discoveries for both Ethiopian and biblical studies during his time at HMML.

Working with previously-uncataloged manuscripts from HMML’s Ethiopian Manuscript Microfilm Library, Erho has identified the second oldest Ethiopic manuscript in existence (the oldest is the famous Abba Garima Gospels), which also contains the oldest known copies of books from the Old Testament. This manuscript, EMML 6977, dates prior to the Solomonic Era in Ethiopia, which began in 1270 CE and contains the books of Job and Daniel, as well as two homilies.

Finally, Mr. Erho is cataloging the biblical manuscripts from Gunda Gunde in northern Ethiopia, numbering more than fifty of the 220 manuscripts in the Gunda Gunde collection photographed in 2006 by Michael Gervers and Ewa Balicka-Witakowska in an expedition sponsored by HMML. All but one of the Old Testament manuscripts at Gunda Gunde are from the sixteenth century or before, exceptionally early for Ethiopian manuscripts.