The Book of Laughable Stories — A Medieval Joke Book

September 16, 2021
The Book of Laughable Stories — A Medieval Joke Book

This story is part of an ongoing series of editorials in which HMML curators and catalogers examine how specific themes appear across HMML’s digital collections. Following a Story Time theme, Dr. James Walters shares this tale from the Eastern Christian collection.

Have you ever heard a great joke, but then later when you tried to recount it for someone else, you couldn’t remember it just right? Do you ever find yourself wishing that you wrote down all the funny jokes and stories you’ve heard so that you could deliver them flawlessly whenever the occasion arose? You wouldn’t be the first to create such a resource! The 13th-century polymath Gregory bar Hebraeus compiled a collection of jokes and sayings known by the title Laughable Stories (in Syriac, Tunāyē Mgaḥkānē), and this work circulated widely in both Syriac and Arabic Garshuni.

The work itself is divided into sections that categorize the funny stories either by their presumed source or by common theme. The first several sections include sayings from various groups: Greek philosophers, Persian sages, Christian ascetics, Muslim kings and sages, Arab ascetics, and physicians (to name just a few). The latter thematic sections include (among others) stories of speaking animals, wealthy people, poor people, those who follow “disreputable” career paths, actors and comedians, and thieves and robbers. Many of these sayings and stories are humorous, though some of them are quite crude. In fact, when E. A. W. Budge produced an English translation of the work in 1897, he refused to translate some of the more offensive ones into English and rendered them into Latin instead!

The following short excerpts provide some insight into the kinds of stories found to be entertaining in the medieval Middle East. 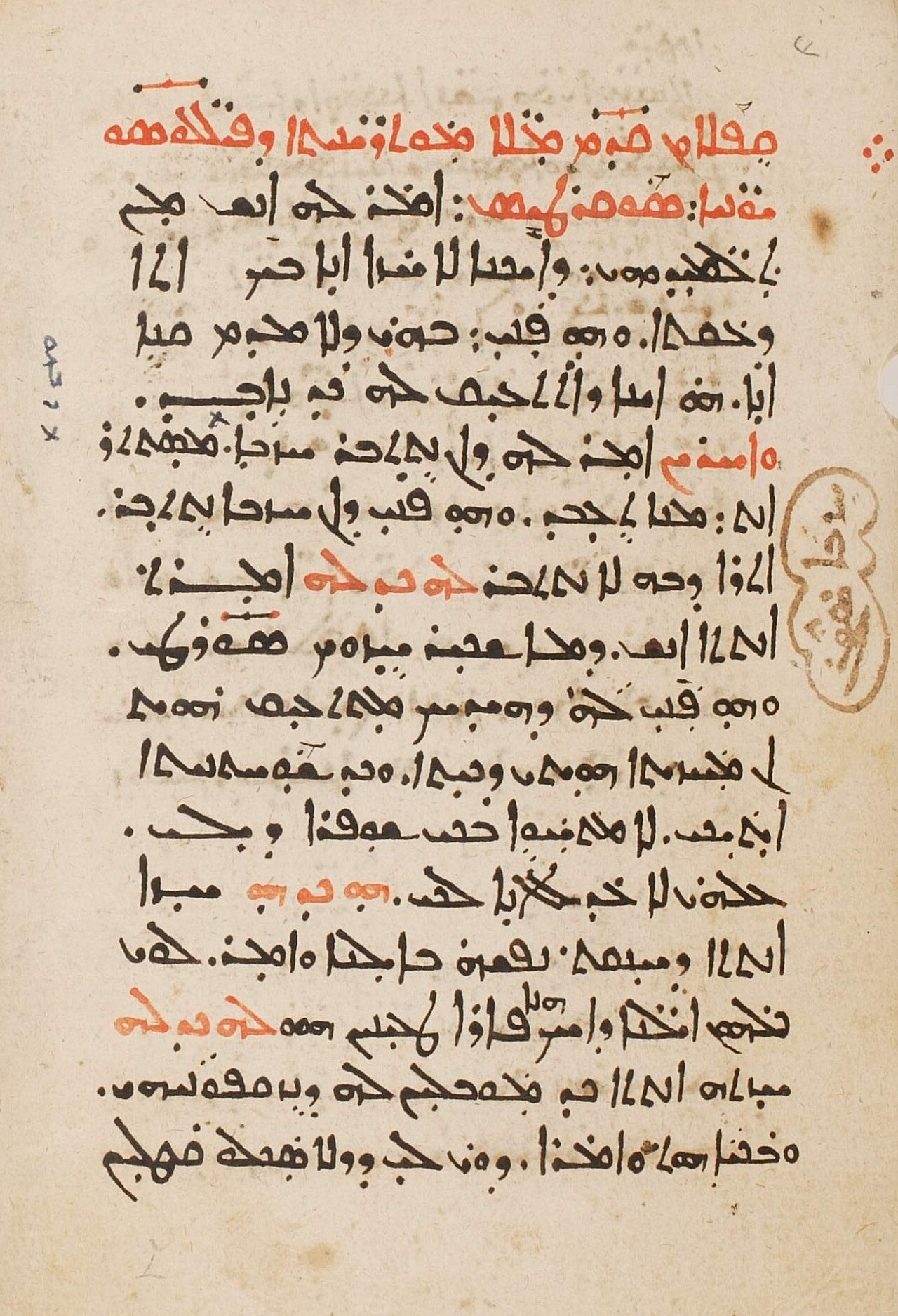 The first section of the work contains “Profitable sayings of the Greek Philosophers,” and many of the sayings here are attributed to famous philosophers like Socrates, Plato, and Aristotle. One saying attributed to the cynic philosopher Diogenes demonstrates the dry wit often associated with him:

Some of the sayings, such as the following one from the “Indian sages,” display a different kind of entertainment. Instead of humor, they provide wisdom, but still in the same short, memorable format:

Another [Indian sage] said, “What is the worst of all places?” And he replied, “The [place] that has neither abundance nor peace.”

In addition to the “sayings” part of the collection, there are also short stories or parables that, while humorous, are also meant to teach a lesson. One chapter of the work contains stories of speaking animals, similar in many ways to the stories one might find in Aesop’s Fables:

These are only three examples of several hundred sayings and stories collected by Bar Hebraeus. Many of them may make little sense to modern readers, far removed from the original cultural context. But many other sayings ring true across time, and some of the jokes still bring a laugh.