The Hill Museum & Manuscript Library (HMML) at Saint John’s University is creating digital records of more than 22,000 rare and historically-significant documents from a library in Timbuktu. The Mamma Haidara Family Library has one of the largest private manuscript collections in Timbuktu, and some of its documents date back to the 13th century. 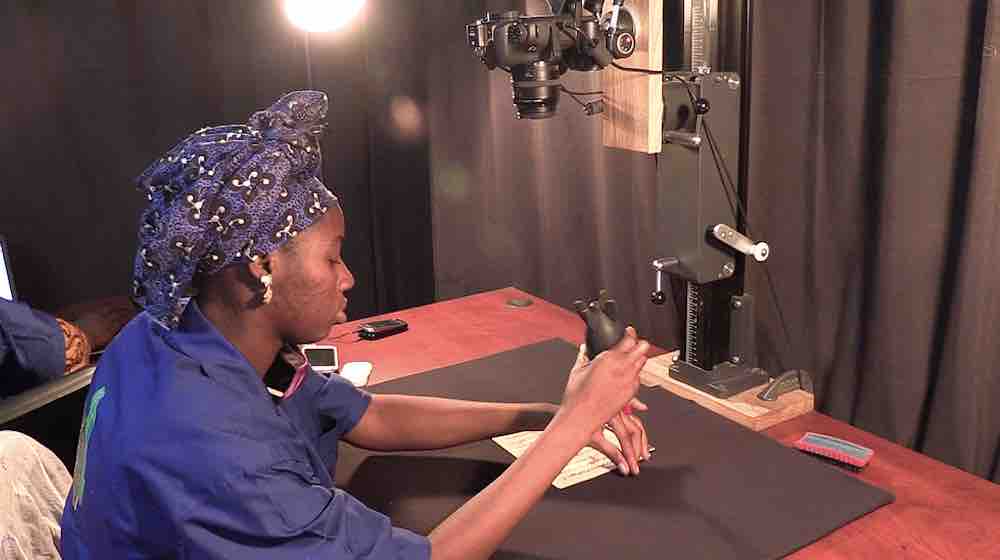 In December 2013, HMML set up a two-camera studio in Mali’s capital city of Bamako. In collaboration with SAVAMA-DCI, a Mali-based nongovernmental organization, local workers were trained and began creating digital copies of manuscripts from Timbuktu’s private libraries. The studio expanded recently, adding two more cameras.“Our team in Bamako has made remarkable progress. After a full year of work, the team digitized over 250,000 images from the Abubakr Ben Said Library,” said the Rev. Columba Stewart, OSB, executive director of HMML. “In the past two months, since the start of work on the Mamma Haidara Library, they have already digitized more than 60,000 additional images.”

The technicians capture high-resolution, full-color, digital images of each manuscript. One copy is kept in Timbuktu by the library’s owner. Two copies are sent to HMML; one copy is cataloged, archived and placed in HMML’s facility on the campus in Collegeville. The other copy is stored in a secure location.

The manuscript libraries in Timbuktu house Islamic religious texts, as well as many secular works of astronomy, medicine and diplomatic relations, as well as information about the development of the Arabic language. The manuscript collections were targeted by radical Islamists after their takeover of Timbuktu in April 2012. During their 10-month occupation of the city, the rebels demolished many of the city’s historic monuments, shrines and religious sites. However, Abdel Kader Haidara – a respected preservationist who founded SAVAMA-DCI ­- had secretly moved most of the city’s manuscripts to safety in Bamako before the capture of Timbuktu, ensuring the survival of these historic documents.

The Dutch government’s Prince Claus Fund helped finance the secret operation and, in August of 2013, Dutch officials arranged for Haidara to meet with Stewart to discuss how digital copies of the rescued manuscripts could be made. Four months later, the major effort began to record digital images of these historic texts.

“Before the crisis in 2012, only very tentative efforts were made to digitize these collections, and much of the data was lost. None of these libraries have been studied in depth, and all of them are at risk of being permanently lost,” Stewart said. “HMML’s work to digitally preserve the manuscript heritage of ancient communities like Timbuktu has never been more urgent, nor have manuscripts been more vulnerable to forces beyond the power of any us to control. HMML’s partnership with SAVAMA-DCI ensures that the information held in these collections will never be lost to the world.”

In addition to start-up funding from the Prince Claus Fund, the project in Timbuktu is getting financial support from the Arcadia Fund of London and from private donors.

The Hill Museum & Manuscript Library’s mission is to identify, digitally photograph, catalog and archive endangered manuscripts in threatened communities around the world. Since HMML’s founding in 1965, partnerships with over 540 libraries and archives have led to the creation of photographic records of more than 140,000 manuscripts from Europe, Africa, the Middle East and India. Recently, HMML has been at work in places like Syria, where thousands of manuscripts were photographed before the outbreak of that country’s civil war, and the rise of the Islamic State in Iraq and Syria.