HMML Urgently Working to Save Manuscripts in Iraq, Hopes for Safety of Collections in Syria

March 17, 2015
HMML Urgently Working to Save Manuscripts in Iraq, Hopes for Safety of Collections in Syria

Against a background of terrorism and the destruction of religious and cultural heritage sites, the Hill Museum & Manuscript Library (HMML) at Saint John’s University is urgently working to save historic manuscripts in Iraq. 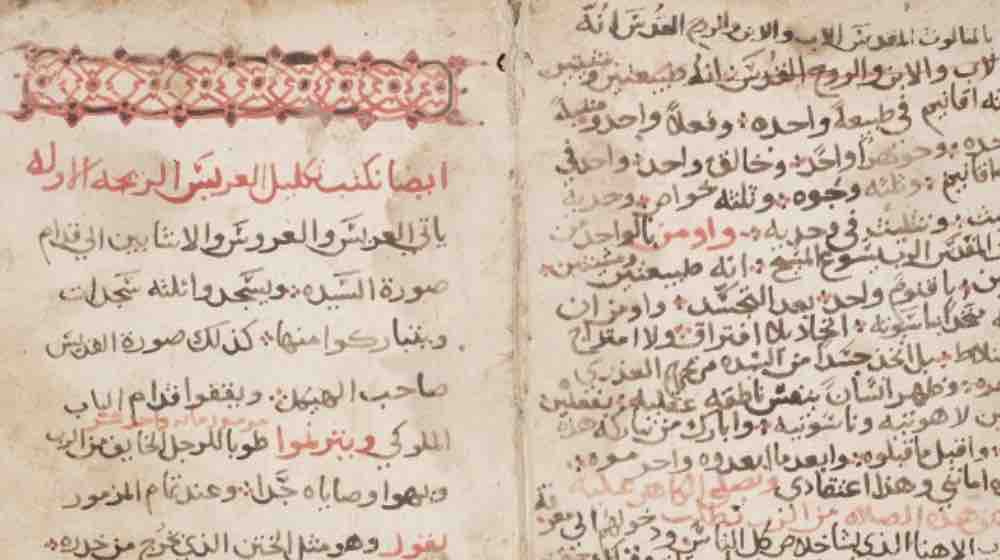 “No one knows when and if the situation in Syria and Iraq will improve,” said the Rev. Columba Stewart, OSB, executive director of the HMML. “We are all grateful that HMML was able to begin work several years before these most recent conflicts.”

HMML established contact in Iraq in 2009 with the Rev. Nageeb Michaeel, OP, of the Dominican Friars of Mosul. Michaeel had begun to digitize manuscripts some years earlier, but his Digital Center for Eastern Manuscripts needed an international partner.

During the past six years, HMML has provided equipment, technician training, digital archiving, cataloging and scholar services. HMML staff have visited Iraq several times, and Michaeel spent three months in Collegeville in 2013. Michaeel has gathered manuscripts from across Iraq, brought them to his center for cleaning and digitization, and returned them to their owners along with a copy of the digital images.

"for the foreseeable future the only access to them is through HMML’s digital copies" - HMML Executive Director Fr. Columba Stewart, OSB

“He (Michaeel) works with all of the churches and with private families,” Stewart said. “The Dominicans’ own library and archive, rescued from Mosul, is a major resource for scholars. Fr. Nageeb also digitized several collections from Baghdad, including that of the Chaldean Catholic Patriarchate.”

As ISIS/IS advanced east from Mosul in August 2014, the Dominican community and Michaeel’s center were forced to flee Qaraqosh, the village where they had taken refuge after kidnapping threats forced them to leave Mosul in 2009. They had to leave behind much of their equipment, but managed to bring manuscripts, archives and cameras with them.

HMML recently sent them two complete studios to replace what was lost. At present the top priority is care for the refugees from ISIS/IS affected areas now in Erbil, but slowly, digitization work is resuming.

“At present, the fate of many collections in and around Mosul is unknown. Some may have been hidden, others may have been stolen for sale on the black market, others destroyed,” Stewart said. “There will be no way to know for sure until it once more becomes possible to visit those areas. Fortunately, Fr. Nageeb and his center, supported by HMML, have digitized almost 5,000 manuscripts in Iraq, in addition to work they did in southeast Turkey on HMML’s behalf.” All of those manuscripts are now safely archived at HMML, where they are being cataloged and made available to scholars around the world through HMML’s digital platforms.

HMML began digitization work in Syria in 2004, and over the next eight years partnered with several church-affiliated libraries in Aleppo, Homs and Damascus. Work continued until 2012, when the deteriorating security conditions made it impossible to continue. Fortunately, almost all of the major Christian manuscript collections in Aleppo had been digitized, representing the Syriac Orthodox, Syriac Catholic, Greek-Catholic and Armenian Orthodox Churches.

Together these libraries hold almost 2,000 manuscripts, many of them brought to Aleppo in the early 20th century by Christians fleeing persecution in Ottoman, Turkey. In Homs, the Syriac Orthodox Church of Mary’s Belt, one of the oldest Christian sites in the city, had a collection of several hundred manuscripts. The church was destroyed in the brutal assault on Homs. In Damascus, HMML worked with the Greek-Catholic Patriarch to digitize manuscripts in Arabic and Greek in his library.

“Sources tell us that these manuscripts have been taken to safety, which we hope is the case,” Stewart said. “Even if they are secure, for the foreseeable future the only access to them is through HMML’s digital copies.”

The Hill Museum & Manuscript Library’s mission is to identify, digitally photograph, catalog and archive endangered manuscripts belonging to threatened communities around the world. Having formed partnerships with over 540 libraries and archives, HMML has photographically preserved over 140,000 manuscripts from Europe, Africa, the Middle East and India.