The Hill Museum & Manuscript Library (HMML) is pleased to announce the acquisition of “William Shakespeare’s Second Folio” to its Rare Books Collection.

Dated 1632 and bound in a 19th century full leather binding, the volume contains Shakespeare’s comedies, histories and tragedies. The term “folio” refers to the format of the book, the text printed on large sheets of paper folded once to make four pages each, yielding a large, tall volume used for more expensive editions. A donor who wishes to remain anonymous has deeded the volume to HMML’s collections.

Of the roughly 1,000 copies of the Second Folio printed, fewer than 200 are still known to exist. Appearing with specific title pages for each of the booksellers, this 1632 edition was based on the First Folio, while incorporating nearly 1,700 textual changes. Nevertheless, several typographical errors and inconsistencies remain.

“The copy donated to HMML shares many of these inconsistencies, and like many copies has some leaves missing or replaced with facsimiles: the first two leaves are wanting (including the original title page and an address to the reader by Ben Jonson), as are at least four leaves at the end of the volume. Otherwise, the book is largely complete. The volume has been beautifully restored, and most of the leaves have been carefully repaired along the bottom edge, leaving the texts nearly complete,” Heintzelman said.

Together with contemporaneous landmarks of English history and literature (including two editions of Holinshed’s Chronicles dated 1577 and 1587, Grafton’s Chronicles dated 1569, and an edition of Chaucer’s Works from 1542) previously donated to HMML’s Rare Book collections, the Second Folio offers students, faculty and visitors a new opportunity to experience the birth of early modern England through some of the earliest witnesses. 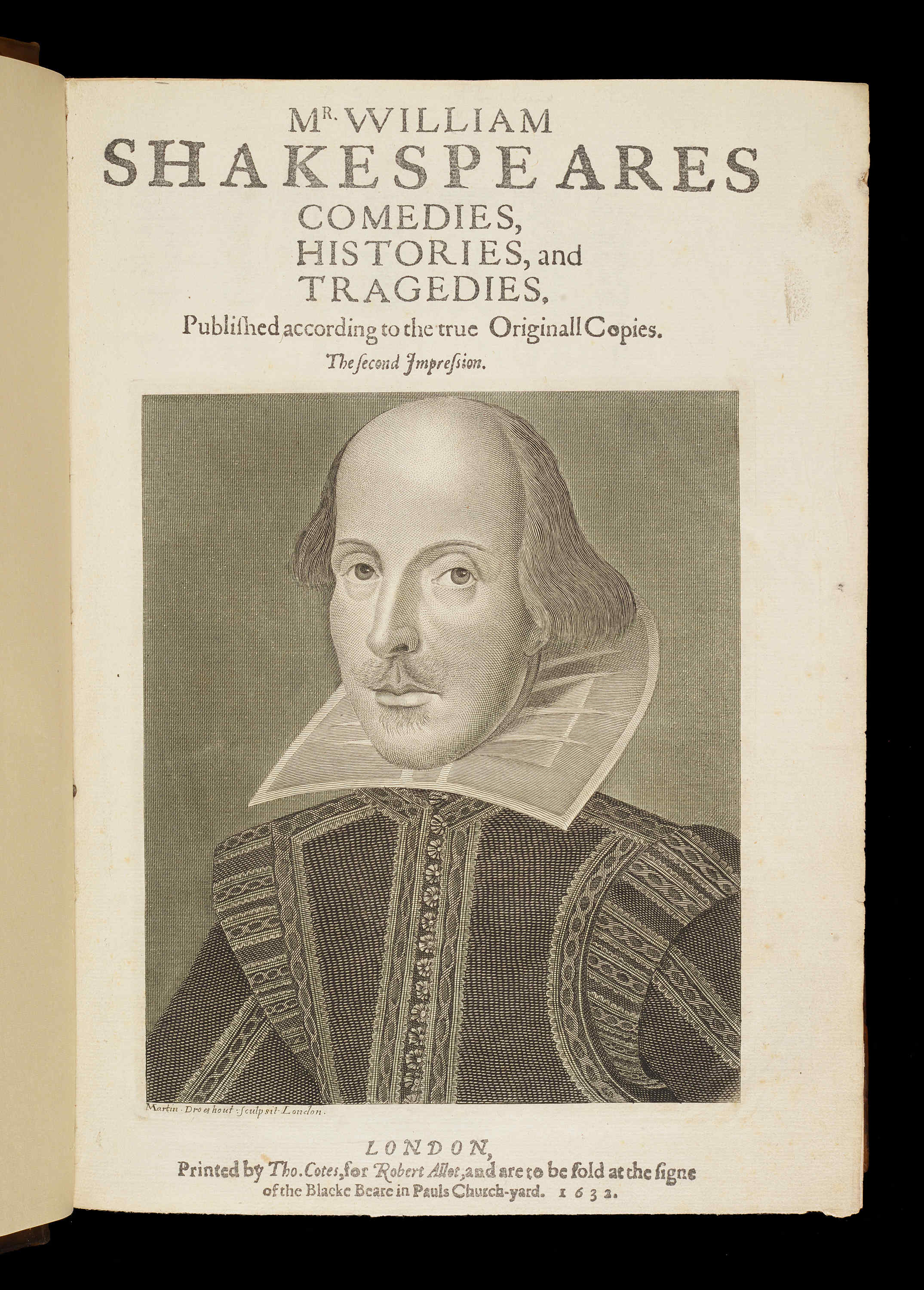 Title page to the Second Folio edition of Shakespeare’s plays (1632), provided here in facsimile. The edition was printed in London for a consortium of booksellers, with five different title pages, all with the engraved portrait of Shakespeare. This page bears the most common of the versions with the imprint: “Printed by Tho[mas] Cotes for Robert Allot …” 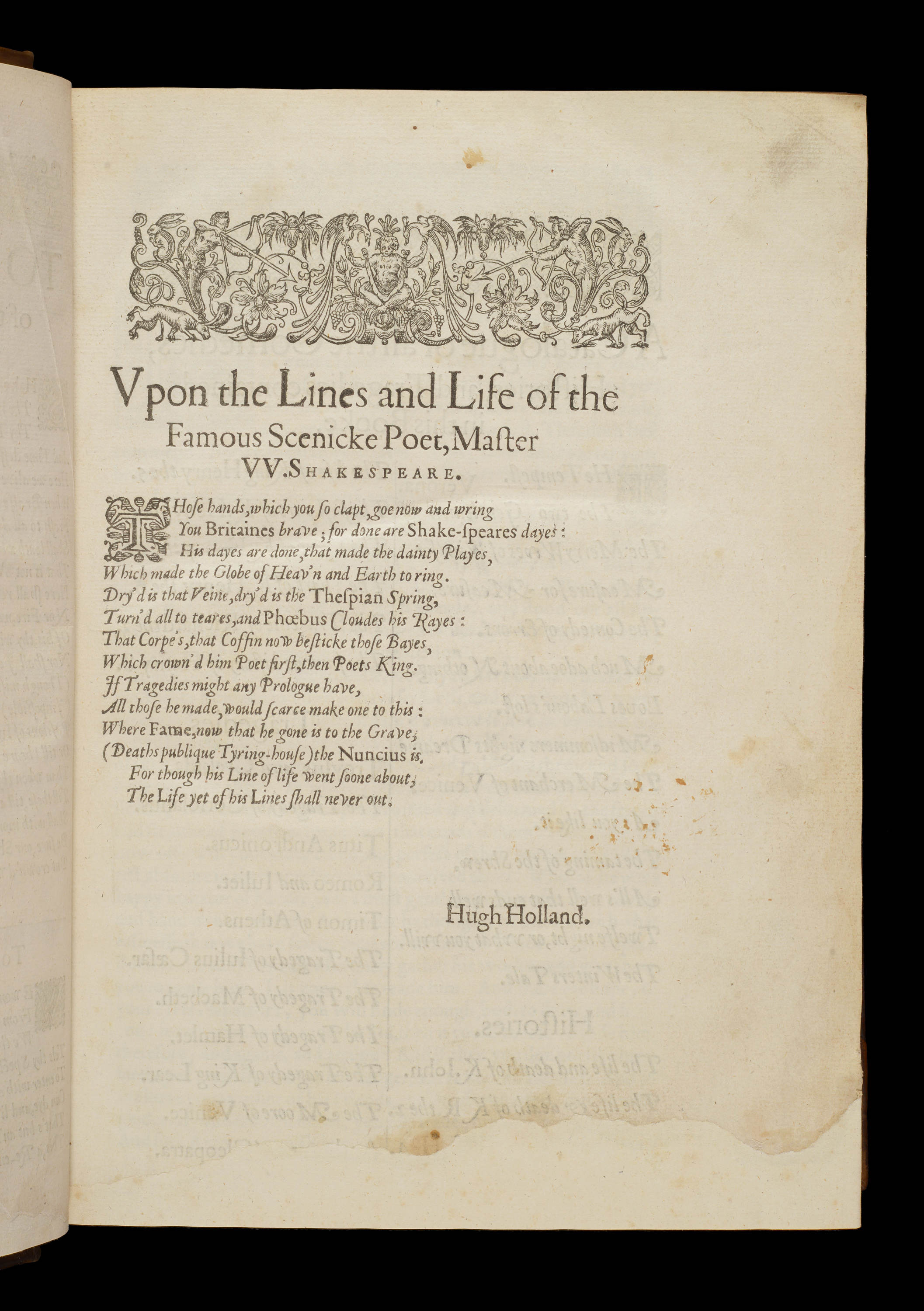 As both the First and Second Folios were produced by Shakespeare’s friends after his death, several memorial poems to the Bard appear at the beginning of the book. Some of these poets, like Ben Jonson have become famous in their own right. 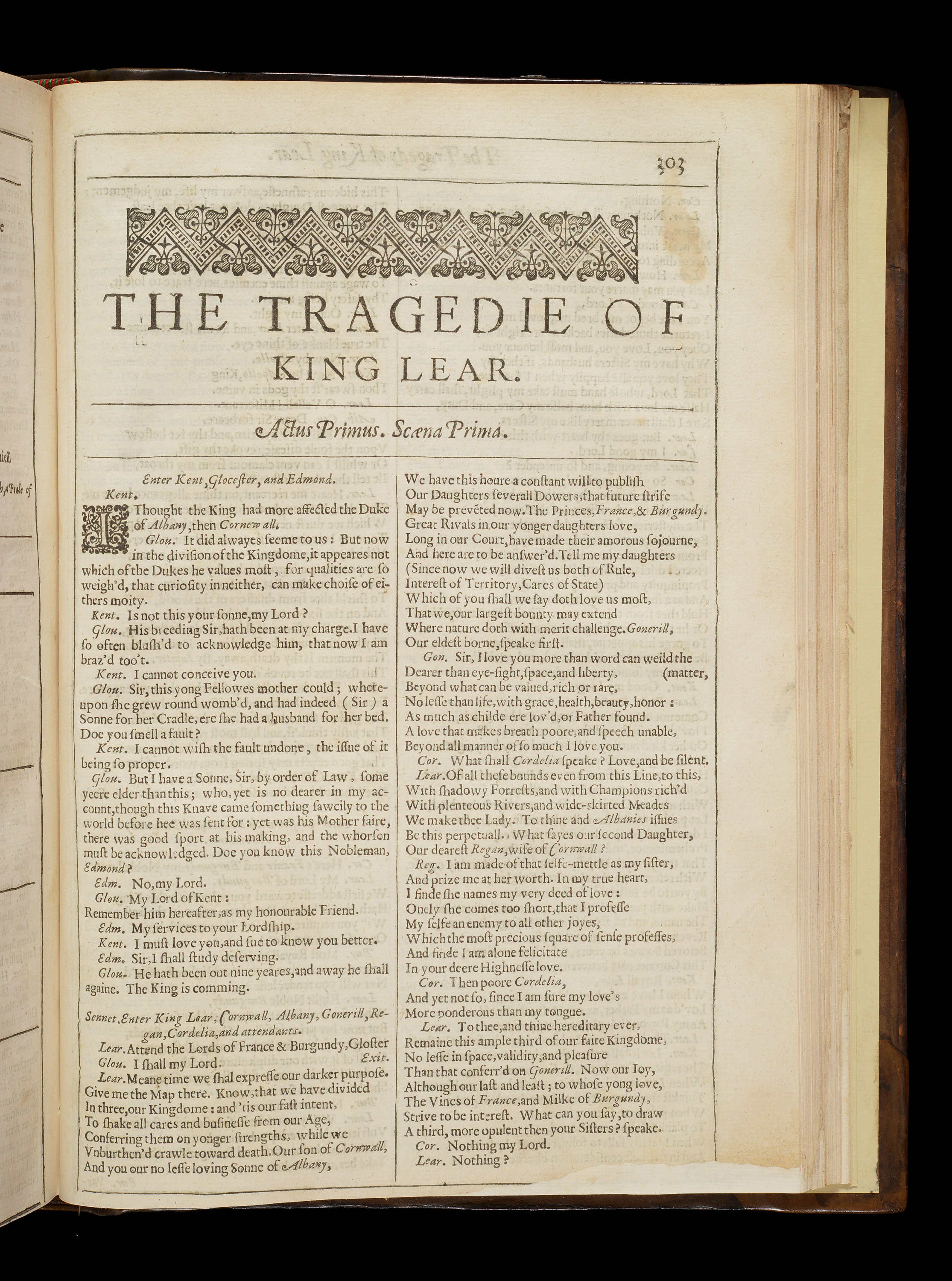 The Second Folio follows the text version of the First Folio (1623) very closely, even page for page in the setting of type. The editors took great efforts to clean up the text, making hundreds of changes from the First Folio, but also introducing several new errors in the process. The story of King Lear was adapted in part from a version of the tale that appeared in the second edition of Holinshed’s Chronicles (1587).
Story Tags:
All StoriesCollections
Share:
Previous Story
Next Story