Where We’re Working: The Monastery of Santa Ursula

March 8, 2022
Where We’re Working: The Monastery of Santa Ursula

When Cláudia Garradas, the site director of the Malta Study Center, learned about the opportunity to digitally preserve the archives of the Monastery of Santa Ursula in Valletta, Malta, she immediately understood the significance of the project. She wrote, “In all my life, I would never imagine that I would have the opportunity to work in a place like Santa Ursula. One could see the genuine happiness of their lives and the incredible peace that comes from being in a place grounded in four centuries of religious life.” Ms. Garradas remarked how place and time are special at Santa Ursula. “It’s a living community,” she wrote, “whose records allow us to reach into the past and be fully connected to the present.”

Since the late twelfth century, the Order of Saint John of Jerusalem accepted cloistered religious women as members, along with knights, chaplains, and servants of arms. As part of his efforts to promote the reforms of the Council of Trent in Malta, Grand Master Hugues Loubenx de Verdalle wanted to found a Hospitaller monastery for the sisters of the Order of Saint John. This new foundation would give each part of the Order full representation on the island, which they had ruled since 1530.

In 1582, Grand Master Verdalle received permission from the General Council of the Order for the new convent. Two women, Franciscan sisters (Poor Clares) from Sicily, Clara Febo and Elisabetta Humano, agreed to become Hospitaller sisters in Malta and lead the new monastery. The sisters first resided in the old Magistral Palace in Birgu in the Grand Harbor. After little more than a decade, the Order moved the sisters to the newly built Monastery of Santa Ursula in Valletta. The monastery saw rapid growth over the course of the seventeenth century, owing much to local support and its status within the Order. Several large donations of property were given to the community, as well as special privileges that allowed them to collect revenue from local tribunals, including a five percent share of all profits from the sale of corsairs’ spoils in Malta. 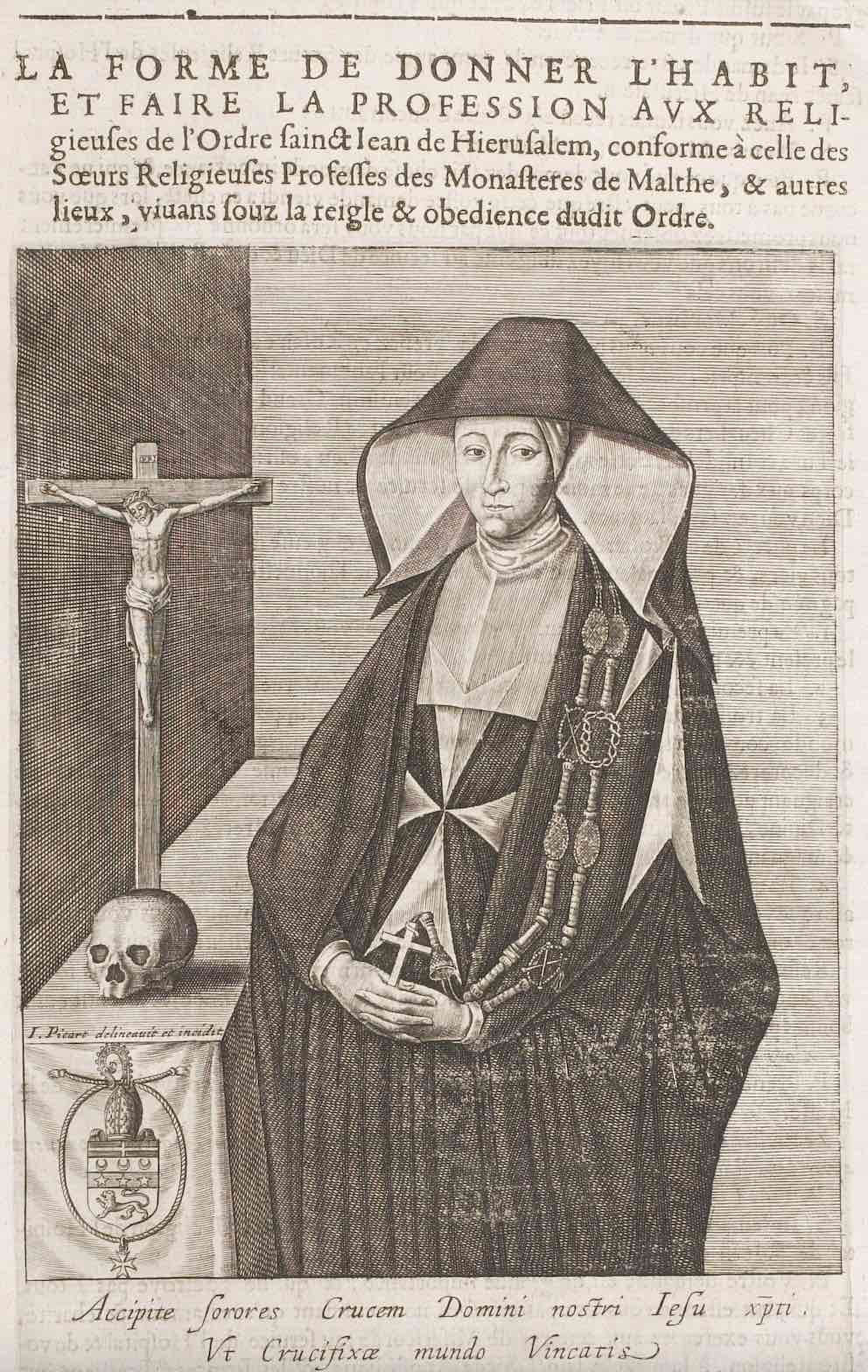 Given the monastery’s complex relationship with the Order’s administration, the Malta Study Center approached Dr. Valeria Vanesio, a specialist in the history of the archives of the Order of Saint John, to help catalog the material. When she visited the monastery, Dr. Vanesio was struck by the diverse nature of the collection and the sisters’ strong relationship not only with their own Order of Saint John and the Church but also with the local people in Valletta. “I expected to find a few account books and records from the minutes of the monastery's meetings,” she wrote to me, “but I did not expect to find minute details on the daily administration and life of the monastery, from the food that they ordered to the prayers that were said on behalf of their benefactors.” 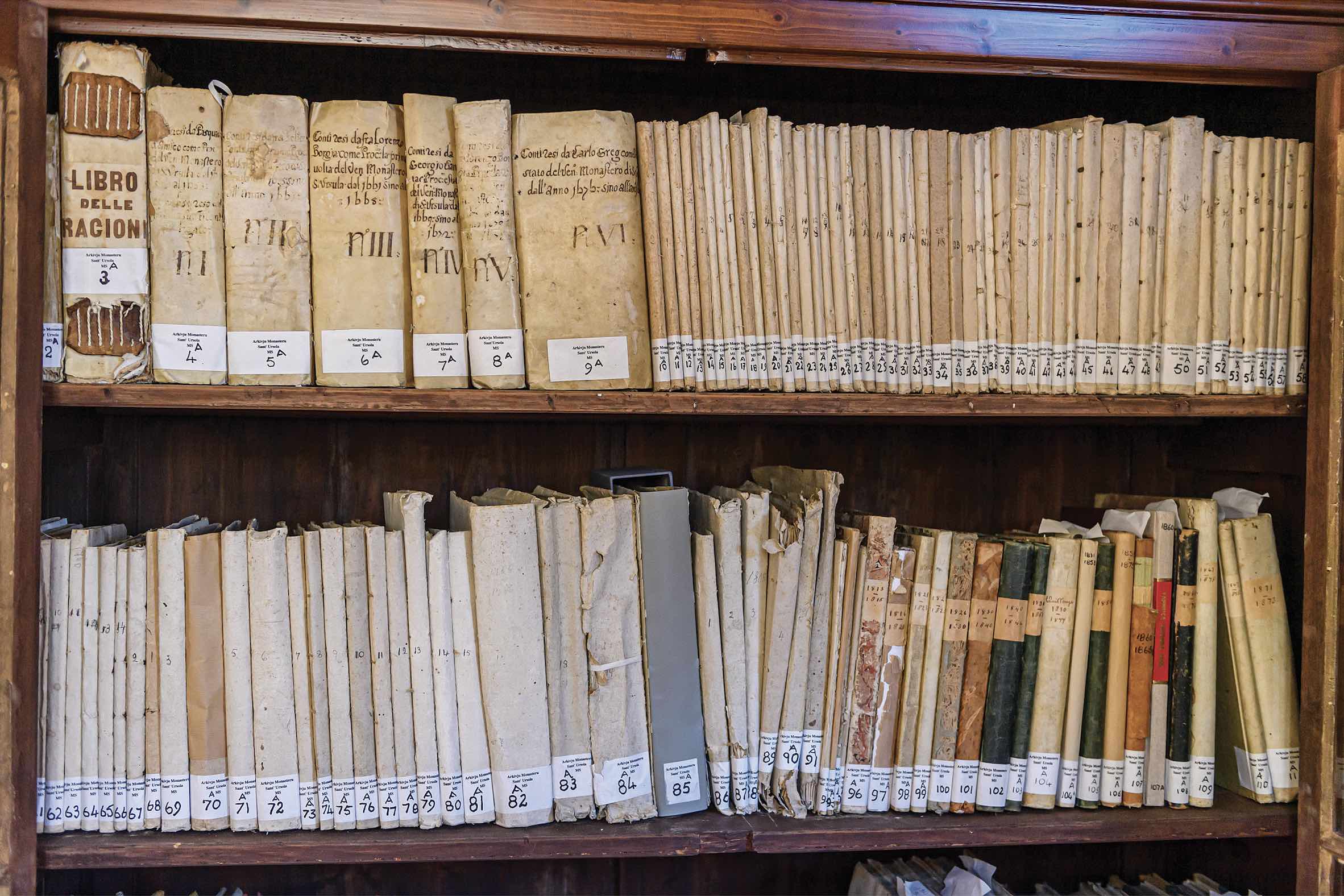 Volumes in the archives of the Monastery of Santa Ursula, Valletta, Malta.

Dr. Vanesio described how “one day, Cláudia and I were investigating the documentary typologies of a miscellaneous register. Leafing through the pages, a name came to our eyes: Mario Attard, il fornaro di Valletta [the baker of Valletta], who provided bread and supplies to the monastery once per month. At his death, his wife, la vedova del fornaro [the widow of the baker], took his place in supporting the monastery. Through the pages, it is still possible to be captured by the smell of the bakery in Valletta while the bell rings and calls the sisters to prayer.” The sisters’ very efficient and thorough record-keeping system is a reminder of their care for the preservation of local history.

The rich documentary legacy of the sisters of Santa Ursula has remained largely intact despite the expulsion of the Order of Saint John from Malta in 1798. Unlike the knights of the Order, the sisters were allowed to remain on the island as an active monastery. The sisters and their archives are thus the unbroken, living link between the early modern Order of Saint John and the present day. Digitization of the archives of the Monastery of Santa Ursula began in March 2021 and, presuming further funding, the work may be completed within the next three years.