The Hard Work of a Market Inspector in Preventing Food Frauds at the Market of Tinnīs, Egypt

March 3, 2022
The Hard Work of a Market Inspector in Preventing Food Frauds at the Market of Tinnīs, Egypt

This story is part of an ongoing series of editorials in which HMML curators and catalogers examine how specific themes appear across HMML’s digital collections. From the Islamic collection, Dr. Celeste Gianni shares a story about Food.

There are several manuals in the Arabic literary tradition describing the profession of the market inspector (muḥtasib), a job that involved controlling all activities at the market, including checking on hygiene practices, verifying the quality of products and their fair price, as well as preventing possible frauds devised by the sellers.

In HMML Reading Room, there are two manuscripts representing muḥtasib manuals that, curiously, have the same title—Nihāyat al-rutbah fī ṭalab al-ḥisbah (Manual of the market inspector)—but that are by two different authors.

One of the texts—found in Cod. N.F. 272 (HMML 24689) in the Österreichische Nationalbibliothek microfilm collection—is listed in a famous bibliographic encyclopaedia of books, Kashf al-Ẓunūn ʿan Asāmī al-Kutub wa-al-Funūn by Kâtip Çelebi. It is the Book of the market inspector by ʻAbd al-Raḥmān ibn Naṣr al- Shayzarī (active 12th century). The other text—found in USJ 00250, part of the Université Saint-Joseph Bibliothèque orientale collection—is by the lesser known author and market inspector, Muḥammad ibn Aḥmad ibn Bassām al-Muḥtasib al-Tinnīsī, who probably lived around the 12th–13th century and worked in the Egyptian town of Tinnīs (also known as Tennis), a medieval town which no longer exists, located on an island in Lake Manzala. 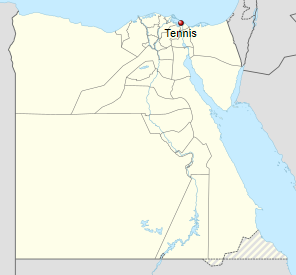 The Egyptian town of Tinnīs (or Tennis) was an important port, famous for the production of textiles that were sold in its large market. Image by NordNordWest (CC BY-SA 3.0).

Ibn Bassām must have known the manual by al-Shayzarī, as several passages are replicated from this older work. However, the Egyptian market inspector added to his manual some details relating to the context of Tinnīs, including the names of historical figures as well as specific types of market products.

Manuscript USJ 00250 is a recent copy of Ibn Bassām’s Manual of the market inspector, commissioned in 1908 by Louis Cheikho (1859–1927), a Jesuit Chaldean Catholic priest whose academic career was mostly based at the Université Saint-Joseph in Beirut, where he helped shape the University’s large collection of manuscripts and compile its catalog.

In the catalog, Cheikho mentions that USJ 00250 was based on an old manuscript that Cheikho borrowed from Salim Shahada, the owner of a large manuscript collection, for the commission. Cheikho provides more details about this “original” or source manuscript in two articles that he published in the journal Al-Machriq. The articles include some excerpts as well as the description of the older manuscript, undated, but probably made in the 16th century. USJ 00250 is certainly more recent, but it is likely a faithful reproduction of the 16th-century manuscript. In fact, it even includes the transcribed ownership note of the older copy in the second title page. These are so far the two known copies of this manual. The whereabouts of the older manuscript are now uncertain. 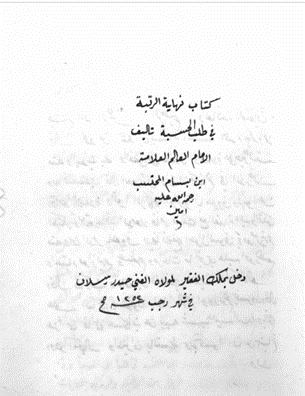 The second title page of USJ 00250 also includes the transcribed ownership note dated Rajab 1252 (October 1836), from the manuscript that was used as a base copy for the text. (USJ 00250)

Food Frauds at the Market

The text is divided in 114 chapters, each describing the most common frauds recurring in a series of trades and public professions, and explaining how the market inspector is responsible for ensuring the accuracy of weights and measures and for monitoring the quality of each product sold at the market.

Some chapters of the Manual of the market inspector are dedicated exclusively to certain trades that involve selling different types of food, including:

Each chapter enlightens us not only on the types of products that were sold at the time in the market, but also on the various frauds and tricks used by the sellers to increase their earnings.

It is not by chance that one of the first chapters is dedicated to the bread makers. In fact, Ibn Bassām points out how crucial their role is in the setup and overall working mechanism of the market. If the bakers are corrupted, the whole market requires the immediate intervention of the food inspector authority, because it is most certainly a corrupt environment if the bread makers are corrupted.

In the manual, Ibn Bassām provides a list of tricks used by the bakers and bread makers. The main ones involve the alteration and mixing of the main ingredient (wheat flour) with other types of flour (chickpeas, semolina, or barley in particular). These substitute flours not only sweeten the bread, but they make it weigh more, so that a certain size of bread would end up costing more if sold by weight.

However, substitutions are not the only concerns with the bakers’ trade. Checking on hygiene is also a priority for market inspectors, according to the manual, as some bakers are known to use their elbows or even feet to mix the dough, mixing their sweat and body dirt with the food they make. The inspectors should be ready to close their shops if they notice any of these behaviours.

Butchers and fish sellers share similar hygienic issues for the inspectors to be aware of; in fact, it is the inspectors’ duty to require the shopkeepers to perform a deep cleaning of these shops and to use hot water and soap to wash the tools used to cut meat and fish.

The cooks are at higher risk of tricking buyers. In fact, the most common tricks are for the buyers of meat-based dishes, since many cooks are able to disguise as meat dishes meals that are fully vegetarian!

Finally, Ibn Bassām informs us of a trick that spread among all makers of sweets and confectionaries, which consists of swapping honey—a relatively expensive ingredient—with cheaper molasses and syrups. In particular, this trick seems to be very common in the making of a dessert named Fāllūdhaj, which the inspector describes as a mix of flour, butter and honey. Not only could the flour be swapped with a cheaper rice flour and lentil flour, but also the honey could be replaced with cheaper sweeteners. 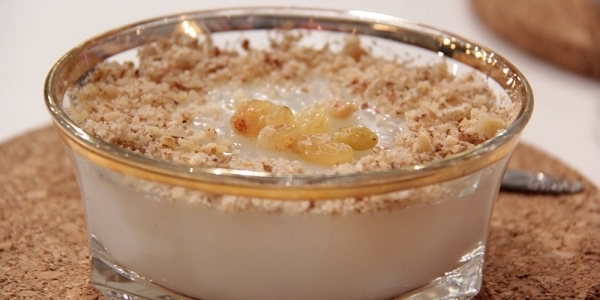 The ingredients and toppings of the dessert called Fāllūdhaj vary across the Middle East. Recipe and image source by CBC Sofra.

Ibn Bassām’s writing provides a glimpse of the food culture of the time and the hard work of the market inspectors. Even if the work of a muḥtasib involved a lot of food tasting, it was also a high-risk job, for the tricks were at every corner, coming from every trade! 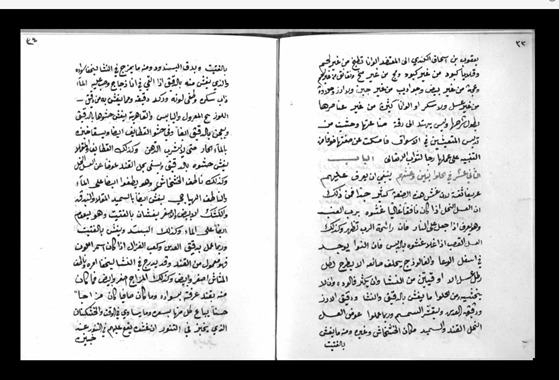 ABOUT THE AUTHOR: Dr. Celeste Gianni is cataloger of Arabic manuscripts at HMML.
Story Tags:
All StoriesCollectionsEditorialsSeries - Food
Share:
Previous Story
Next Story