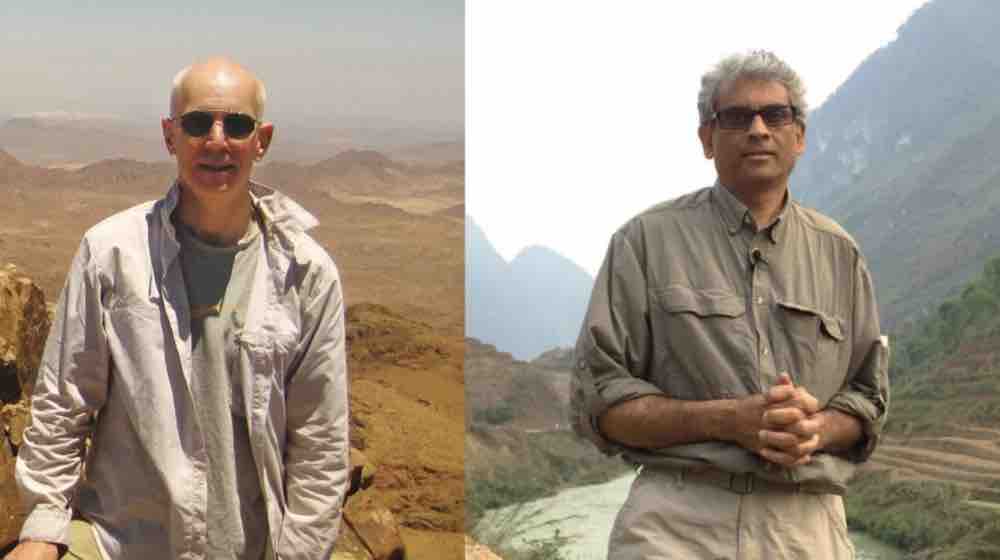 The Minnesota monk recently awarded the nation’s highest honor in the humanities, Father Columba Stewart, OSB, will be officially fêted by the State of Minnesota — Governor Tim Walz and two state agencies — in an event next Wednesday that is free and open to the public.

Fr. Columba, executive director of the Hill Museum and Manuscript Library (HMML) at Saint John’s University, is being honored for his work digitally preserving ancient manuscripts of diverse world cultures at risk of being destroyed by war, disaster, looting and neglect.

In naming Fr. Columba the 2019 Jefferson Lecturer, National Endowment for the Humanities Chairman Jon Parrish Peede dubbed him a “Monuments Man” — a reference to the 2014 George Clooney thriller in which an unlikely team saves pieces of art before Nazis can destroy or steal them.

The November 6 program will feature a conversation between Fr. Columba and PBS journalist Fred de Sam Lazaro about Fr. Columba’s work and why cultural heritage matters globally and locally. A wine and cheese reception will follow.

In the award lecture he delivered in Washington, D.C., on October 7, Fr. Columba talked about the critical importance of cultural heritage: “We are at great risk of losing the capacity to listen, and therefore losing our ability to understand…. The terrain for rational discourse has shrunk to a narrow strip between camps…. In such times as these, we must dig deeply into our respective stores of wisdom and offer whatever we find for the sake of mutual understanding, the only possible basis for reconciliation and for the resolve to move forward for the common good.”

More information, including bios, images, and a link to a video of Fr. Columba’s Jefferson Lecture.

ABOUT THE AUTHOR: Joe Rogers was director of external relations at HMML from 2019 to 2022.
Story Tags:
All StoriesMedia ReleasesProgrammingNews
Share:
Previous Story
Next Story