The Hill Museum & Manuscript Library (HMML) at Saint John’s University has been awarded a $500,000 three-year grant from the Henry Luce Foundation to support HMML’s development of an online Reading Room.

The online Reading Room will allow registered users to browse over 25,000 digitized manuscripts from libraries in the Middle East, South India and Africa. The virtual Reading Room, part of the vHMML project to create an online environment for manuscript studies, will be the largest and most comprehensive online collection of manuscripts ever created. 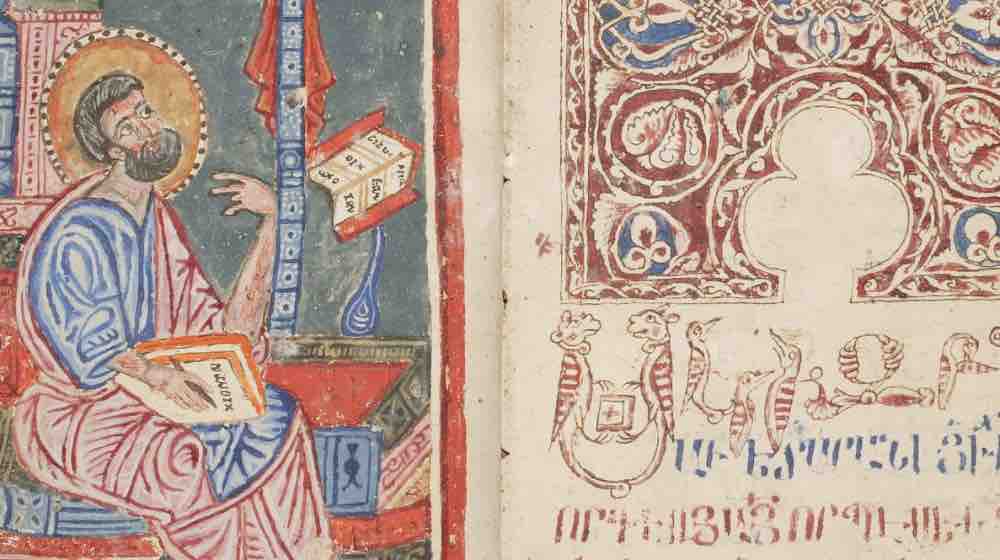 These manuscripts — digitized by HMML — represent traditional cultures now endangered by war, modernization and globalization. Most belong to eastern Christian communities of the Armenian, Coptic, Christian Arabic, Ge‘ez, Slavonic and Syriac traditions, and are located in places such as Syria, Iraq, Lebanon, Turkey, Ukraine and India. Much of HMML’s most recent digitization work has been dedicated to Islamic manuscripts in Ethiopia, Jerusalem and Mali (the manuscripts of Timbuktu). “Very few of the manuscripts digitized by HMML since 2003 are accessible to researchers,” said HMML Executive Director Fr. Columba Stewart, OSB. “Conflict has displaced and even destroyed many of the libraries represented in these collections. There are many other barriers to access, such as lack of infrastructure, location in a warzone or the separation wall between the Palestinian territories and the city of Jerusalem. HMML believes that access to these digitized manuscripts should as free and simple as possible.

"The vHMML Reading Room has great potential to transform the study of several ancient religious cultures and to deepen the understanding of endangered religious communities in many of the most complex and volatile regions of today’s world." - HMML Executive Director Fr. Columba Stewart, OSB"

“Scholarship today thrives on comparative, interdisciplinary research that crosses cultural and linguistic boundaries. HMML’s collections are an irreplaceable resource for this kind of study, and every effort must be made to make them more accessible,” Stewart continued. “The vHMML Reading Room has great potential to transform the study of several ancient religious cultures and to deepen the understanding of endangered religious communities in many of the most complex and volatile regions of today’s world.”