HMML Returns to Mali to Digitize Manuscripts from Timbuktu Library

The Rev. Columba Stewart, OSB, executive director of the Hill Museum & Manuscript Library, and his team have returned to Bamako, Mali, where he and his team set up two digitizing studios and conducted training sessions for local librarians who will begin digitizing thousands of historic manuscripts that were smuggled out of Timbuktu earlier this year. 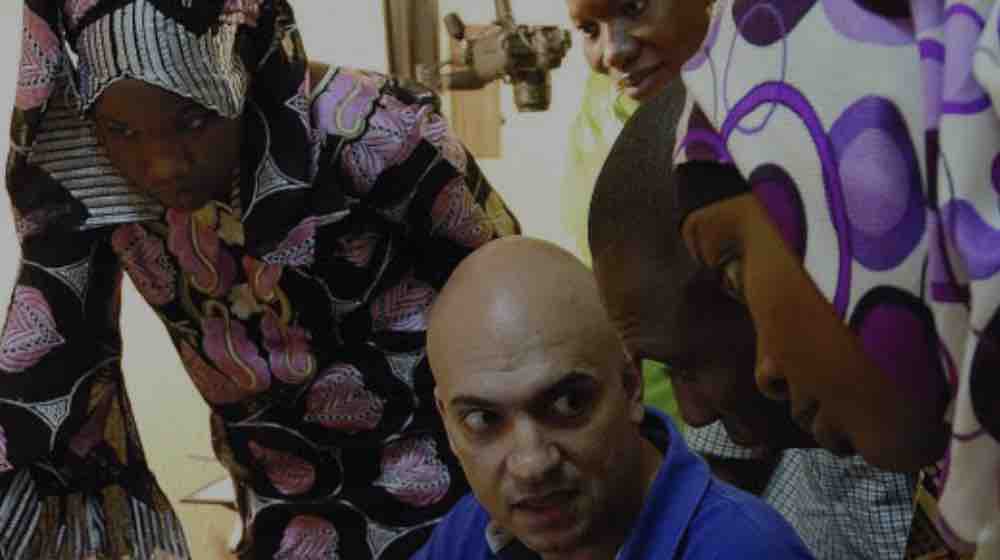 The flight of these manuscripts was driven by radical Islamist invaders, who threatened to destroy works they considered to be in conflict with strict Islamic teachings. During their 10-month occupation of Timbuktu, the rebels carried out a campaign of assault on the city’s historic monuments, shrines and religious sites.

In January, as they left the city, they ransacked Timbuktu’s ancient libraries hoping to destroy manuscripts dating back to the 13th century. However, once French-led soldiers regained control of the city, scholars determined that no more than 2,000 of about 300,000 documents had been destroyed. Thanks to the efforts of some very dedicated guardians who have cared for the city’s 300,000 ancient documents for centuries, the majority of the collections had been secretly hidden in a safe location.

Now, these manuscripts sit in lockers in the humid climate of Bamako, not the dry desert climate of Timbuktu, the ancient town more than 400 miles northeast on the River Niger that sat at the heart of African trade routes for more than 1,000 years.

“Because these already fragile documents are being stored in metal lockers in Bamako’s humidity, they are vulnerable to mildew and mold,” Stewart said. “It’s imperative that they are digitally preserved before further environmental damage, or before looters sell them to collectors or the black market.

“The collections originate from Africa, the Middle East, and even Spain, and include Islamic religious texts as well as many secular works of astronomy, medicine, commerce, diplomatic relations and Arabic linguistics,” Stewart said. “By digitally preserving the manuscripts, we can provide a quality surrogate of the originals, and for the first time in the world’s history, give international researchers and scholars direct access to these rich collections.”

This is Stewart’s second trip to Mali. In August, he was invited to Bamako by SAVAMA-DCI, the Malian non-governmental organization that had organized the rescue. The contact with SAVAMA-DCI had been made through the Prince Claus Fund, a project sponsored by the Dutch government for cultural support, including emergency relief. While there, Stewart and HMML field director Walid Mourad installed a digitization studio and conducted a three-day training session for local librarians.

On this visit Stewart signed a contract with SAVAMA-DCI with the approval of the Mali Minister of Culture to coordinate the digitization of the Timbuktu manuscripts. Now, Stewart and his team have set up two more digitization studios and trained more local technicians. Through the course of the project, HMML assumes all responsibility for sustaining the digital image collections into the future with no financial obligation from Timbuktu’s libraries. HMML is receiving funding for the ambitious digitization project from the Arcadia Fund of London.