June 30, 2022
Postscript — King Solomon the Gynecologist, a Forgotten Tale From the Syriac Book of Medicines

The Syriac Book of Medicines is a fascinating compendium of medical lore from the region of modern-day Iraq. This work is attested in several manuscripts digitized by HMML, including QACCT 00149 (dated 1803 CE), DFM 00417 (dated 1883 CE), and CSDMA 00010 (containing two distinct manuscripts, both undated). Recently, at HMML we identified an even earlier witness to this text in PLKI HD 00001 (dated 1796 CE), part of the private library of Hurmuz Dībātū in Kandā Kūsā, Iraq. 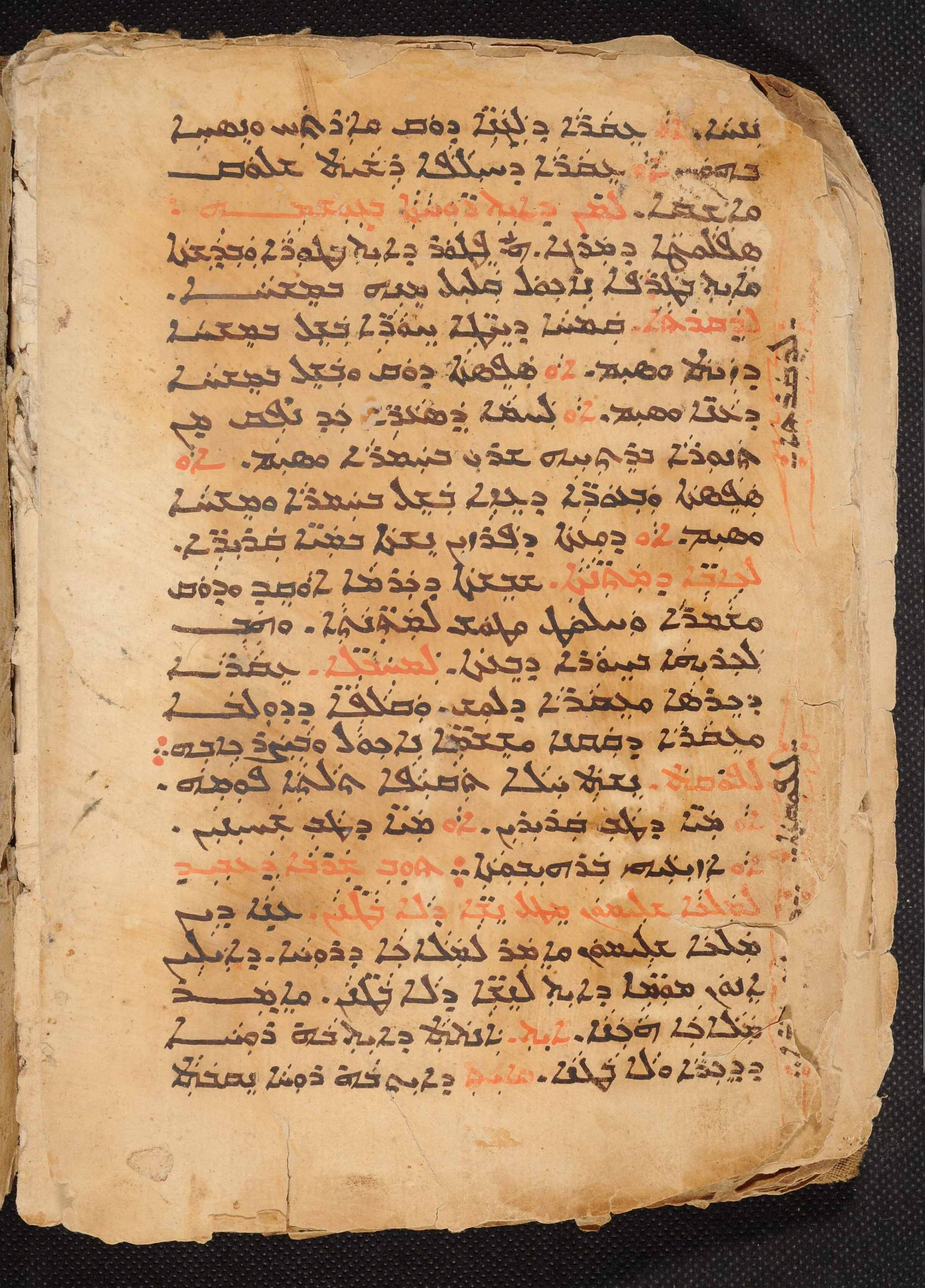 The angel’s advice to King Solomon, in the Syriac Book of Medicines. This manuscript is part of the private library of Hurmuz Dībātū in Kandā Kūsā, Iraq. (PLKI HD 00001, fol. 36v)

The first section of PLKI HD 00001 is a collection of remedies for various ailments. Chapter two is a glossary of drug names—this usually appears at the end of other manuscripts of the Book of Medicines. Chapter three, a treatise on therapeutic medicine according to Galenic principles, appears after the glossary. The section on astrology that appears in some manuscripts of the Book of Medicines is absent from PLKI HD 00001, perhaps torn out.

Like other traditional medical works from the Middle East, the Book of Medicines combines medicinal information (herbal remedies, compounds, etc.) with supernatural elements.

One such example—found in PLKI HD 00001, DFM 00417, and CSDMA 00010, but not otherwise known—addresses issues of conceiving children and prescribes remedies for infertility, all framed as a story about King Solomon. The story is only partly extant in PLKI HD 00001, but the other two manuscripts supply the missing portion. The story begins with the king seeking knowledge from an angel:

The angel goes on to explain how to recognize the various types of infirmities and how to treat them using animal and plant products.

This tale, nearly lost to the hazards of time, gives valuable insight into perceptions of medical issues in pre-modern societies and the perpetual story of challenges related to childbirth.

ABOUT THE AUTHORS: Dr. David Calabro was curator of Eastern Christian manuscripts at HMML from 2018 to 2022; Dr. James Walters is cataloger of Syriac manuscripts at HMML.
Story Tags:
All StoriesCollections
Share:
Previous Story
Next Story