This story is part of an ongoing series of editorials in which HMML curators and catalogers examine how specific themes appear across HMML’s digital collections. From the Islamic collection, Dr. Paul Naylor shares this story about Banned Books.

However, al-Turūdī’s most original contribution to literature was his list of 53 “unreliable” books. In his words, these were books “which one should not study or devote time to, due to most of what is in them being weak, false, and the hadith and historical events mentioned in them being fabrications.” The list was further promoted by Muhammad Bello, the second ruler of Sokoto; Bello replicated it in his history of the Hausa region, Infāq al-maysūr. 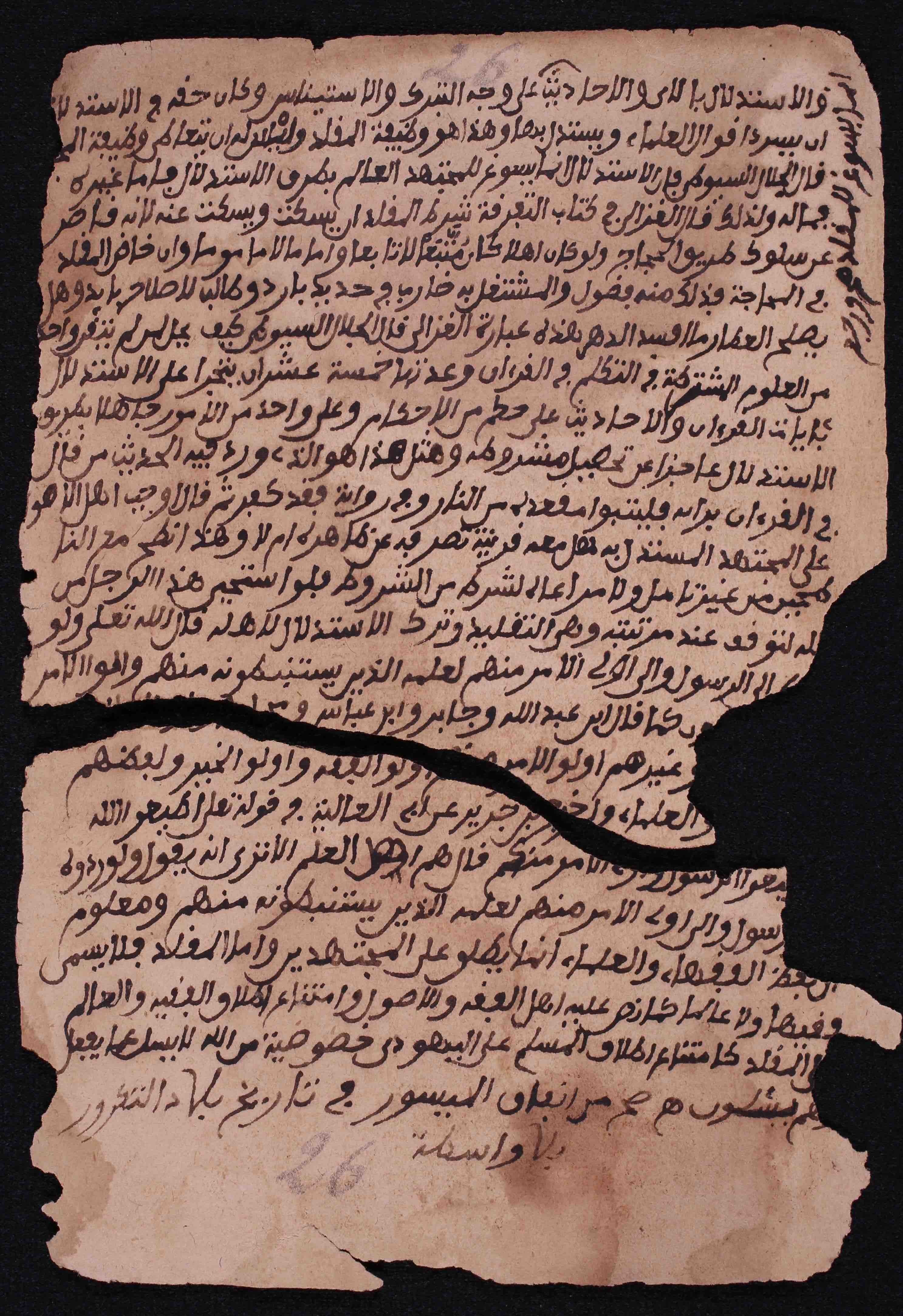 From al-Turūdī’s perspective, it only gets worse from here. Of the 53 works he censures, at least 16 are represented in one or both libraries. The following table provides the information for the remaining items:

There is evidence that other items on al-Turūdī’s list are probably represented in the two library collections as well:

Al-Turūdī also lists Shams al-maʻārif, a well-known handbook of esoteric science attributed to the Egyptian Aḥmad al-Būnī. This text has risen to occult status across the Muslim world today. Although neither of the two collections includes a copy of this text, both include fāʼidahs (texts to bring benefit) said to be taken from this book. And one manuscript, ELIT ESS 04023, lists Shams al-maʻārif in an inventory of books and their purchase prices, demonstrating that copies of the text were circulating in the region.

Comparing al-Turūdī’s list to the contents of these Timbuktu libraries allows us to make several conclusions and observations.

First, the date of Bello’s book (1812 CE) allows us to state with confidence that these works predate the nineteenth century and had likely been staples of basic Islamic education for some time before that.

Comparing al-Turūdī’s list to the library collections also demonstrates how stable the West African tradition of Muslim learning was. Many of these books had no established author or title, and yet they seem to have been read (and criticized) over a wide geographical area. We also find that the Aboubacar Ben Said Library contains a greater share of these “unreliable” books than the Essayouti Library, confirming the impression that the latter, being the library connected to Timbuktu’s Djinguereber mosque, honed more closely to orthodox texts and tastes.

We do not know for certain whether al-Turūdī’s list was known in Timbuktu, though a copy of the Infāq al-maysūr exists in Timbuktu’s Aḥmad Baba Institute, and a fragment has been found in the Mamma Haidara Library. If al-Turūdī’s list was common knowledge, the books in these two libraries indicate that his recommendation was not widely adopted. And now that we have the titles for all these “unreliable” books, we will be keeping an eye out for the rest of them as we continue our cataloging work! 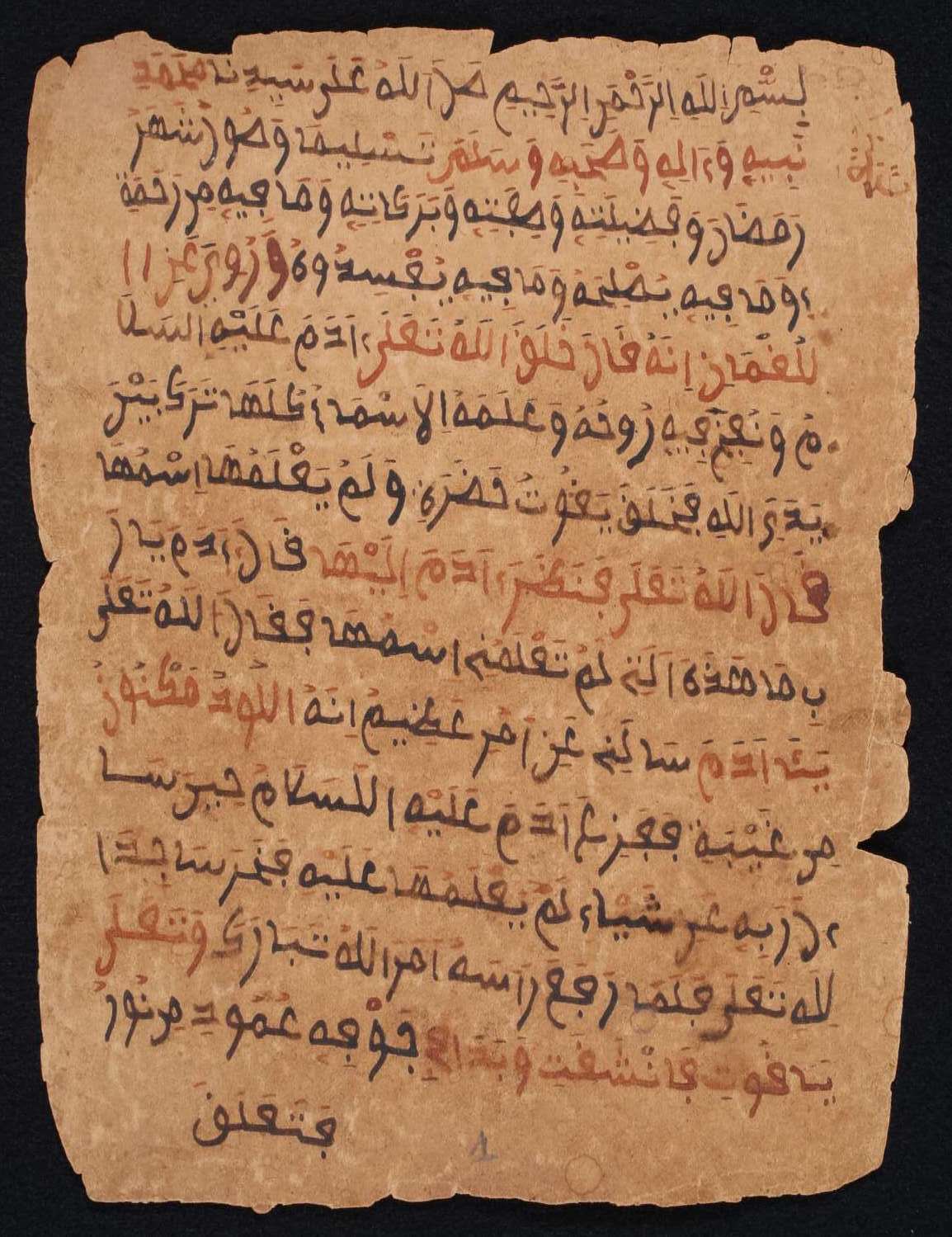 The first page of a work titled On the benefits of Ramadan, which al-Turūdī includes in his list of “unreliable” books. (ELIT ESS 00090, page 1)
ABOUT THE AUTHOR: Dr. Paul Naylor is cataloger of West African manuscripts at HMML.
Story Tags:
All StoriesCollectionsEditorialsSeries – Banned Books
Share:
Previous Story
Next Story