May 12, 2022
Signs in the Heavens — Astrological Books of Daniel in Eastern Christianity

This story is part of an ongoing series of editorials in which HMML curators and catalogers examine how specific themes appear across HMML’s digital collections. Dr. David Calabro looks at The Celestial in this story from the Eastern Christian collection.

“If the moon’s horns are straight, the date crop will be abundant and the rain will be minimal.

If the moon is curved, there will be much rain.

If the sun becomes darkened in that [month], some of the king’s relatives will sally forth against him and destroy him, and a ruler will come forth from the east, king will fight against king, and strife will happen among the armies on every side.”

Thus begin the predictions for the month of First Teshrin (corresponding to October) in the Syriac text known as Signs of the Times of Daniel the Prophet (in Syriac, Šúdāʻe d-zabne d-Dāníʼél nbiyā), as found in a manuscript at the Mar Hirmiz Keldani Kilisesi of Mardin, Turkey—CCM 00178. 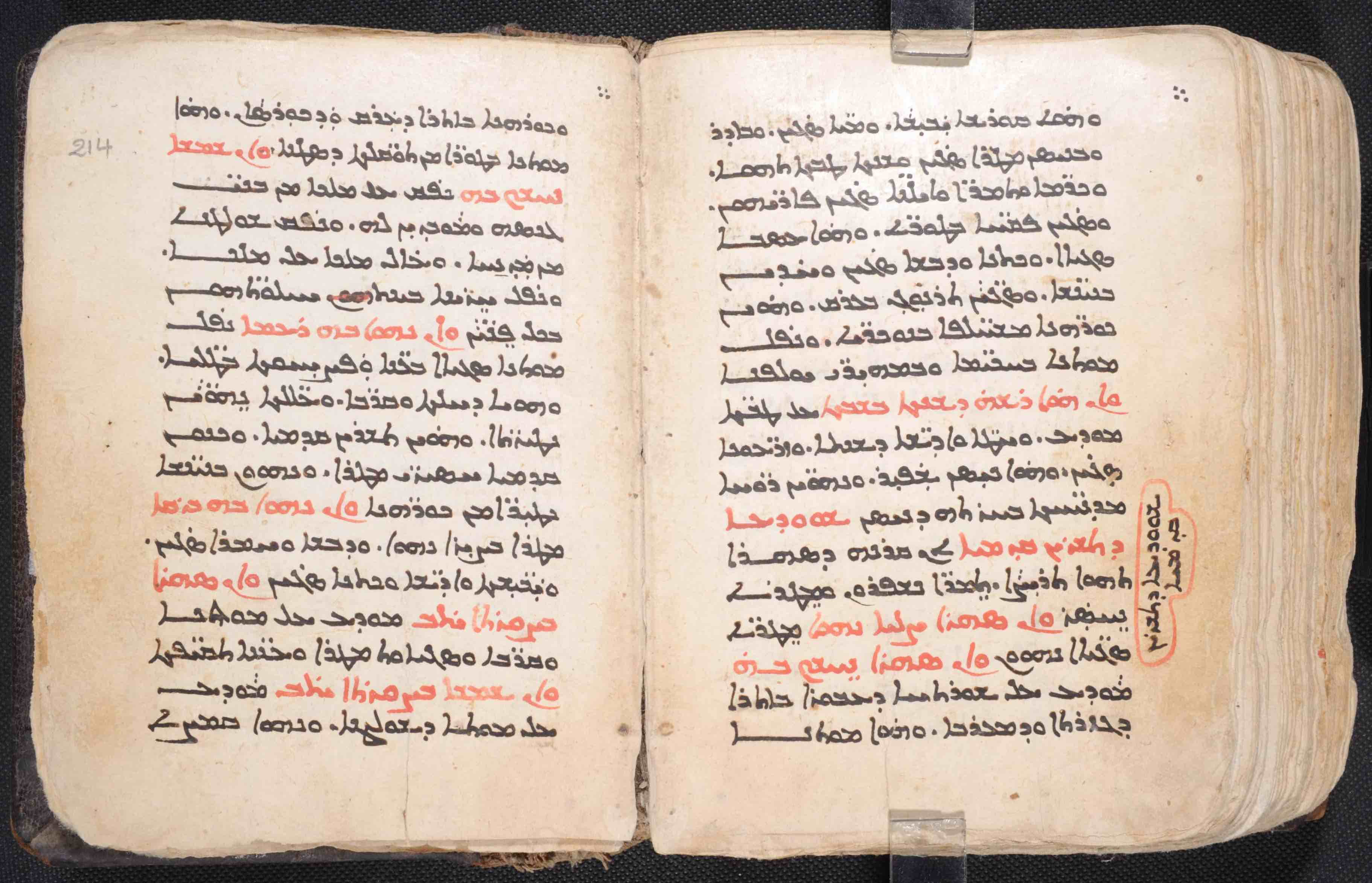 The text is part of an astrological tradition that was widespread among Christian and Islamic communities in the medieval Middle East. In both communities, some astrological texts were attributed to the biblical prophets Daniel and Ezra. Daniel as a scholar of the celestial fits well with the biblical portrayal of this prophet as one who saw detailed visions of the future (e.g. Daniel 7–12).

In Syriac Christian communities, astrological texts were sometimes appended to medical books and liturgical books. CCM 00178 is an example of the latter, part of a manuscript that contains liturgical prayers and texts for the Eucharist, with the astrological books of Daniel and Ezra placed at the very end of the manuscript.

Daniel is also considered the author of an Arabic book of astrology known as Malḥamat Dāniyāl. It is sometimes known as Kitāb Dāniyāl al-nabī, “Book of Daniel the prophet,” though it bears no direct relationship to the biblical Book of Daniel.

This book was so popular that it was copied by both Christians and Muslims well into modern times. Scribes occasionally would modify the text in accordance with their own religious sensibilities, and sometimes marks of one religion would be retained even as the text passed into another religious community. HMML has digitized five manuscripts of Malḥamat Dāniyāl that were written in Arabic script:

In some manuscripts, the text’s introduction explains how the secrets of astrology contained in the book were written by the biblical forefather Adam on clay tablets and hidden in a cave so they would not be destroyed by the flood that Adam knew would come in the days of Noah.

As the story goes, the entrance to the cave was sealed so that it would open only once per year. Anybody who entered the cave and failed to leave before sunset would be trapped inside until the next year. Daniel, having learned about these tablets, went with forty of his disciples in quest of the cave. He finally found the tablets, and he and his disciples set about copying their contents, completing the work barely before sunset. 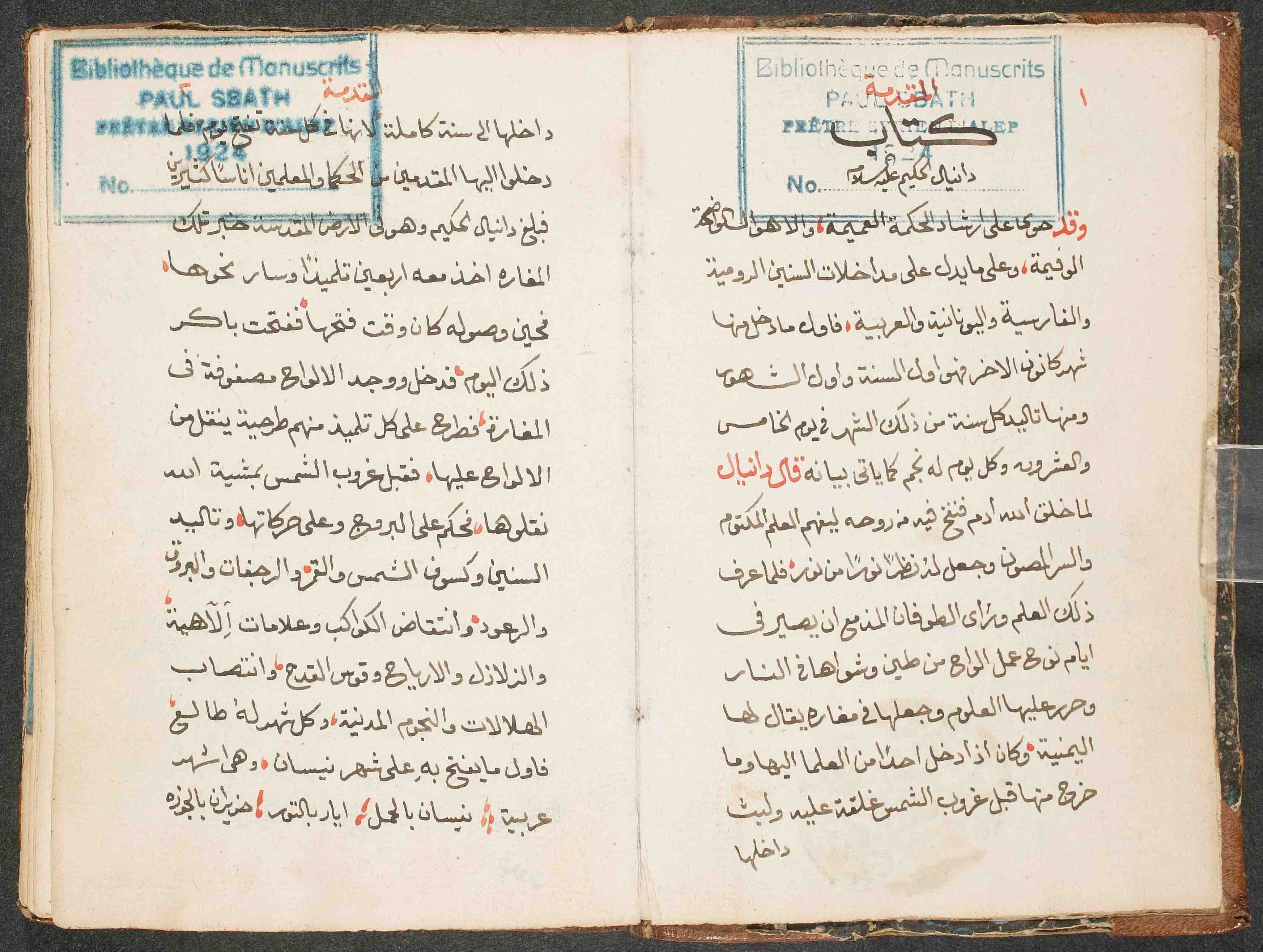 The story of Daniel and his team copying Adam’s clay tablets. This manuscript is part of the collection of Fondation Georges et Mathilde Salem in Aleppo, Syria. (GAMS 01085, pages 1–2)

The manuscripts of Malḥamat Dāniyāl are far from being uniform. They differ from each other not only in the details of the text but also in overall length and organization. For instance, the version in ABLJ 01140 007 is only eight leaves long, while the one in OLM 01887 extends over 217 leaves. 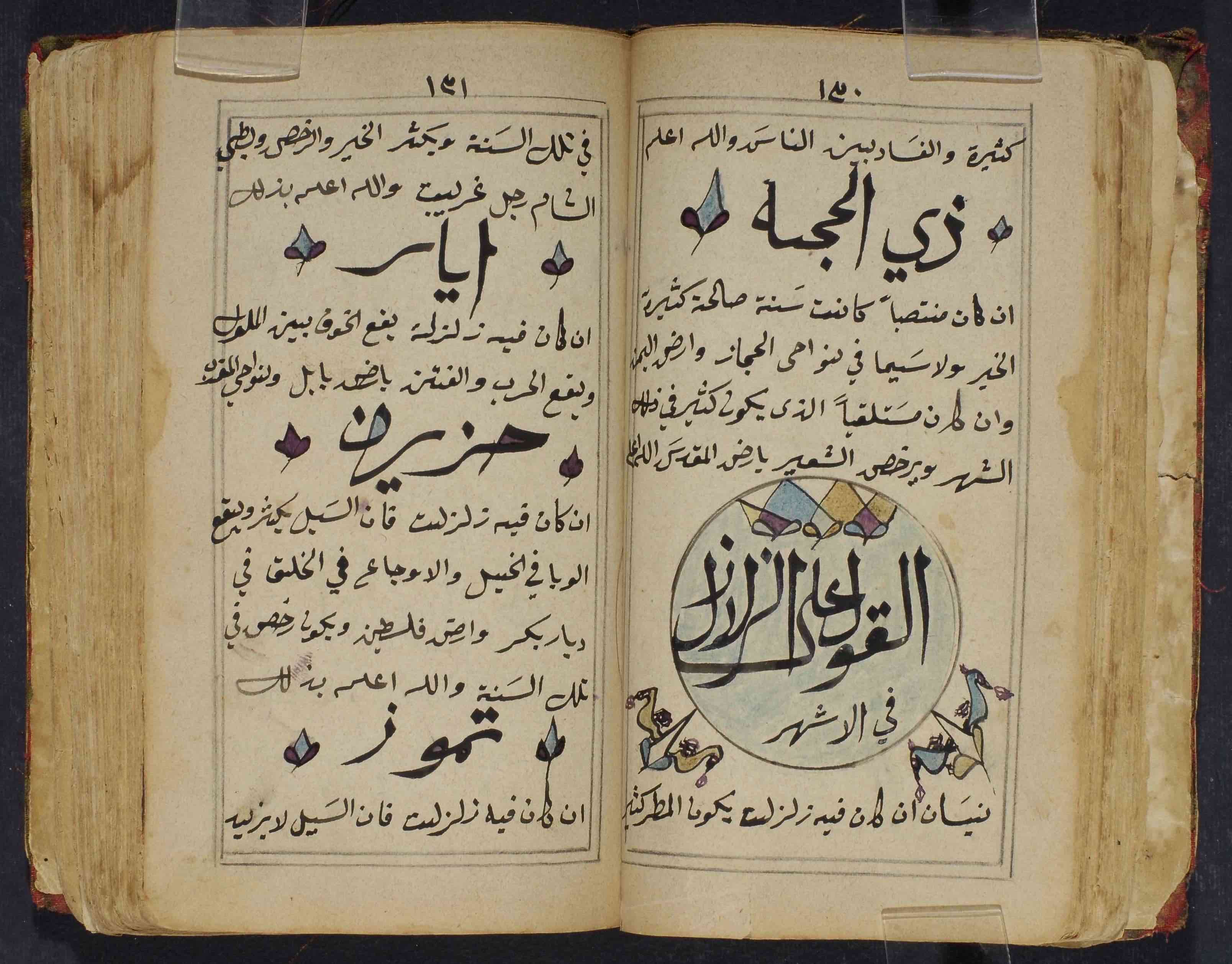 Part of the collection of the Lebanese Maronite Order in Kaslik, Lebanon. (OLM 01887)

A version of the text also appears in Arabic Garshuni (Arabic written in Syriac script), bearing the mixed Syriac-Arabic title Malḥamtā d-Dāniyeʼl, in DFM 00758, part of the library of the Dominican Friars of Mosul, Iraq. And in the city that began our journey today—Mardin, Turkey—we find another Arabic Garshuni copy of a very short astrological book of Daniel, located in manuscript CFMM 00561. 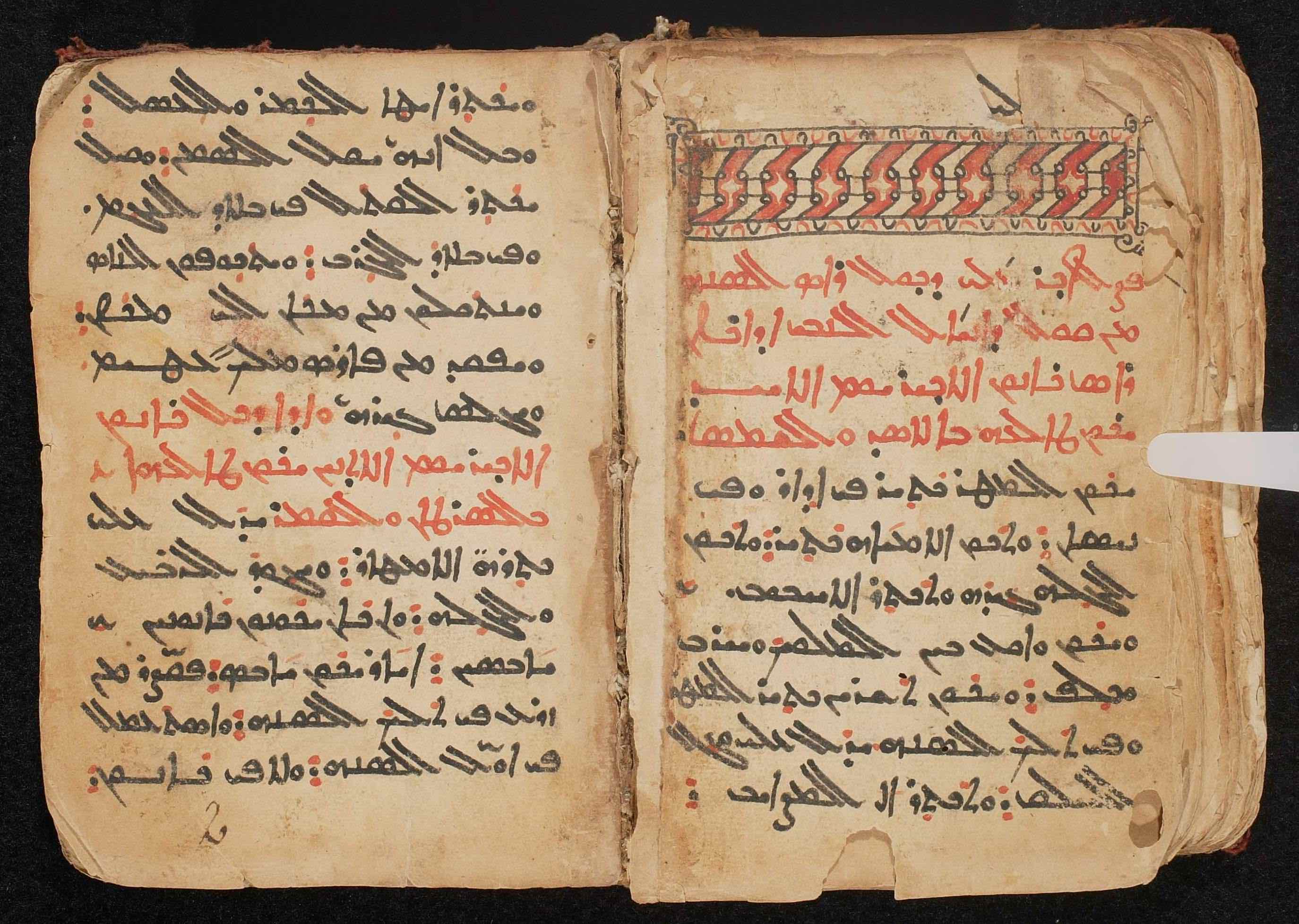 An astrological text attributed to the prophet Daniel, written in Arabic Garshuni. Part of the collection of the Church of the Forty Martyrs, Mardin, Turkey. (CFMM 00561)

Texts like Signs of the Times of Daniel the Prophet and Malḥamat Dāniyāl demonstrate that popular notions of prophecy, revelation, and authority in the medieval Middle East were more expansive than we might assume based on canonical scriptures alone. Christians and Muslims shared a large body of religious-scientific literature (including astrological texts) that incorporated scriptural personages and themes, and these texts played a significant role in shaping how people viewed the cosmos. 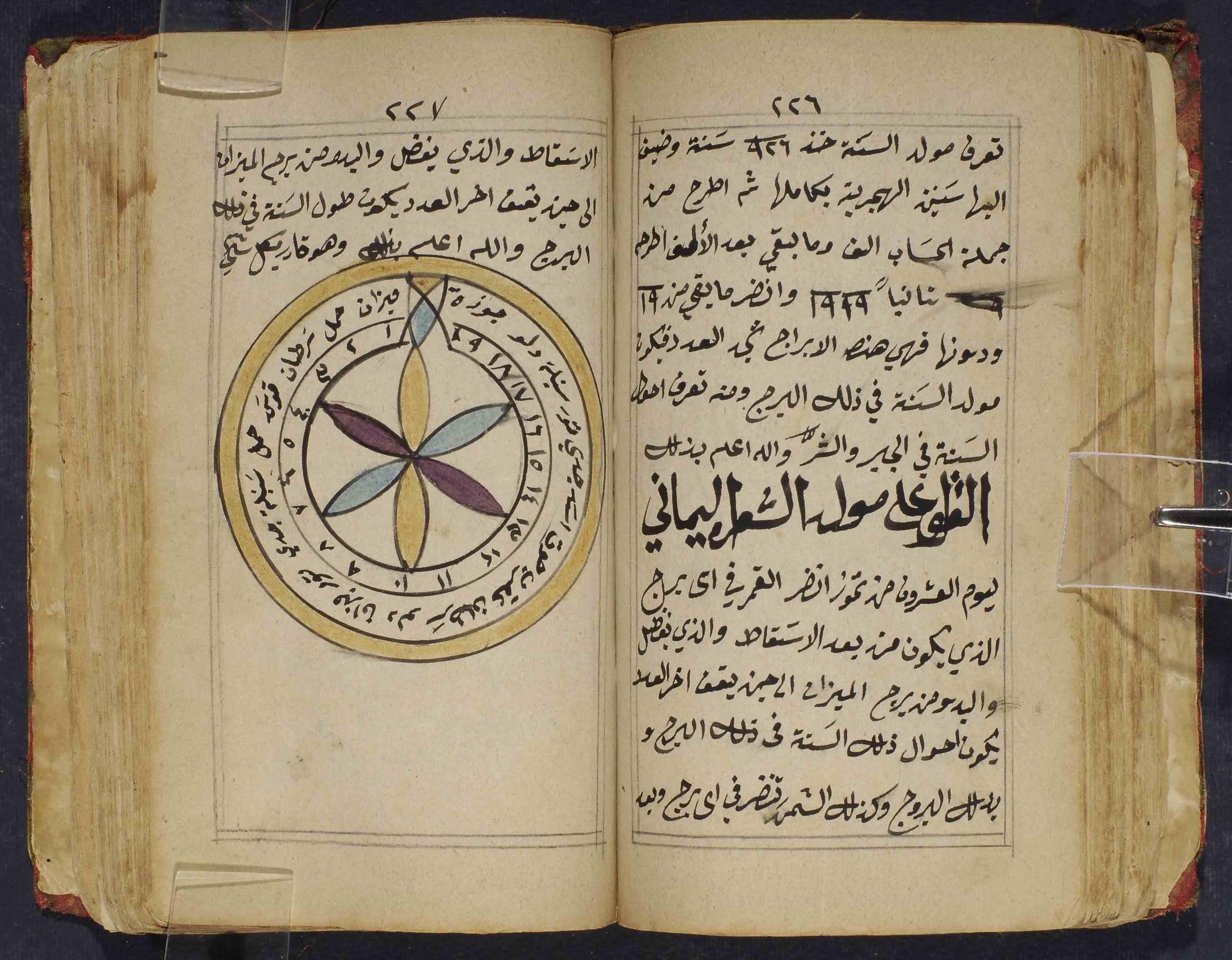 Malḥamat Dāniyāl, written in Arabic, part of the collection of the Lebanese Maronite Order, Kaslik, Lebanon. (OLM 01887)
ABOUT THE AUTHOR: Dr. David Calabro was curator of Eastern Christian manuscripts at HMML from 2018 to 2022.
Story Tags:
All StoriesCollectionsEditorialsSeries - The Celestial
Share:
Previous Story
Next Story