This story is part of an ongoing series of editorials in which HMML curators and catalogers examine how specific themes appear across HMML’s digital collections. Following a Story Time theme, Katherine Goertz shares these tales from the Art & Photographs collection. 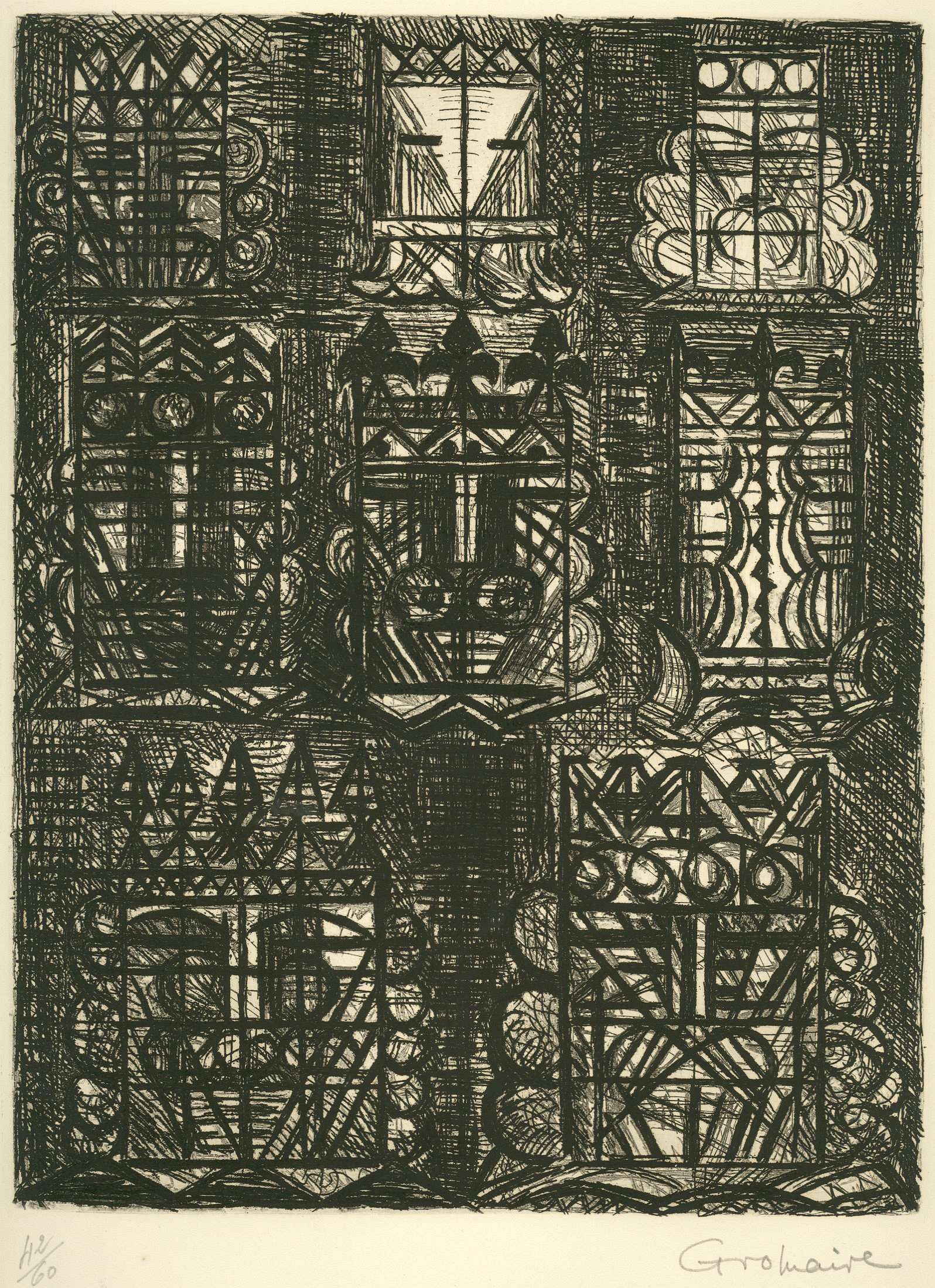 While many artists have provided illustrations for books, some works in the Art & Photographs collection at HMML were inspired by stories, rather than made to complement them. These works aim to convey the themes and emotions of great stories in ways that wander far from illustration. 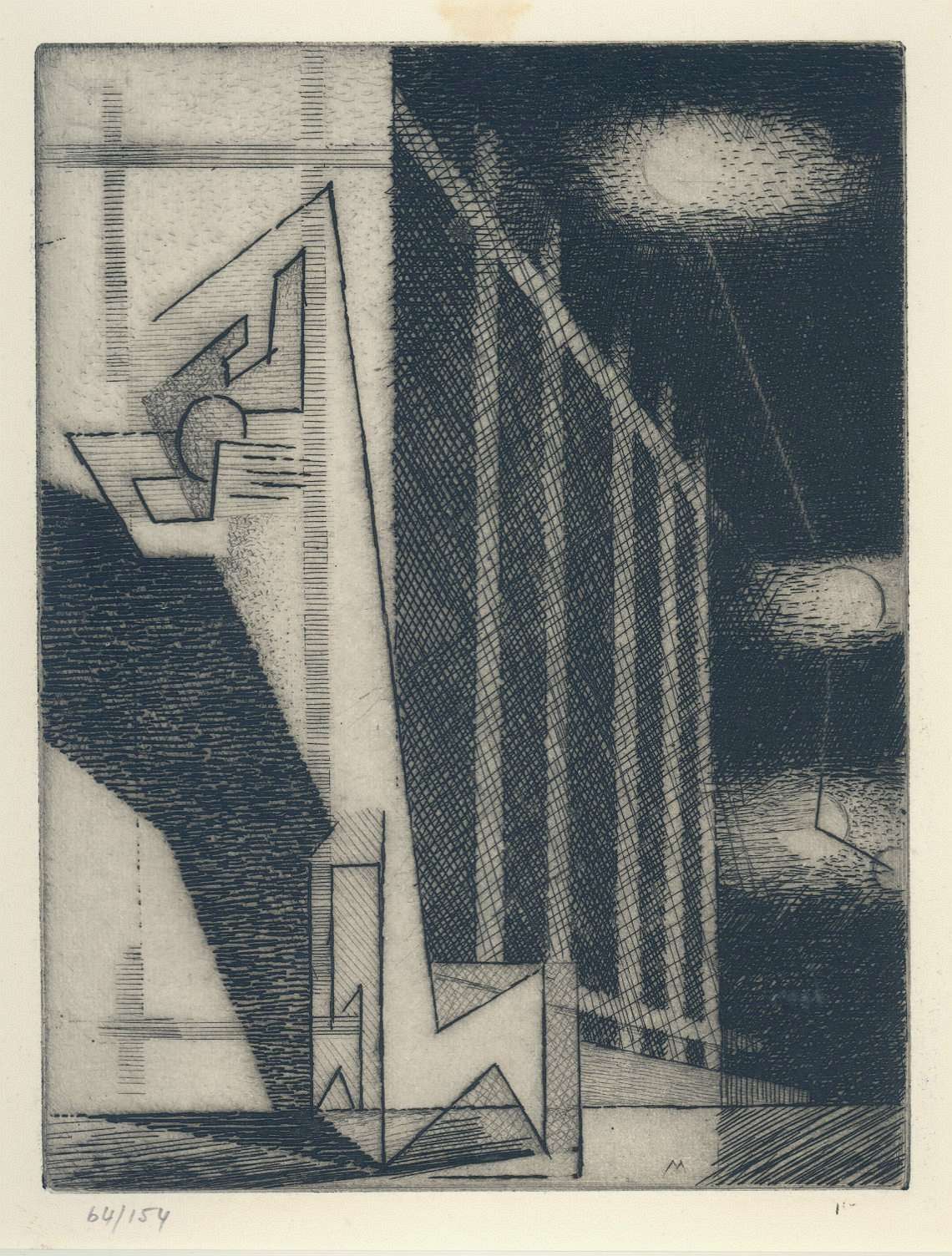 In Many Moons (1931) (AAP2229) from the series 10 Etchings for Aurélia by Gérard de Nerval, avant-garde artist Louis Marcoussis is inspired by the author’s hallucinatory descriptions of madness, pitting an anguished Cubist figure against an approaching darkness broken by three balls of light. Less an illustration of Nerval’s work Aurélia ou le rêve et la vie than an imagining of the writer’s state of mind, the series ends with the etching The Death of Nerval, a depiction of Nerval’s suicide in 1855, found with the last chapters of Aurélia in his pocket.

Madness and horror is also the subject of Marcel Gromaire’s Macbeth portfolio, seen to great effect in Prophecy of Eight Kings (1958) (AAP1346), which depicts the Weird Sisters’ prophecy as a dense and confusing parade of mask-like shapes. Equally bleak is Leonard Baskin’s The Funeral, for Flaubert’s St. Julian the Hospitaller (1957) (AAP0667), depicting the funeral procession of the saint’s parents, followed at a distance by the small figure of their son, their murderer. 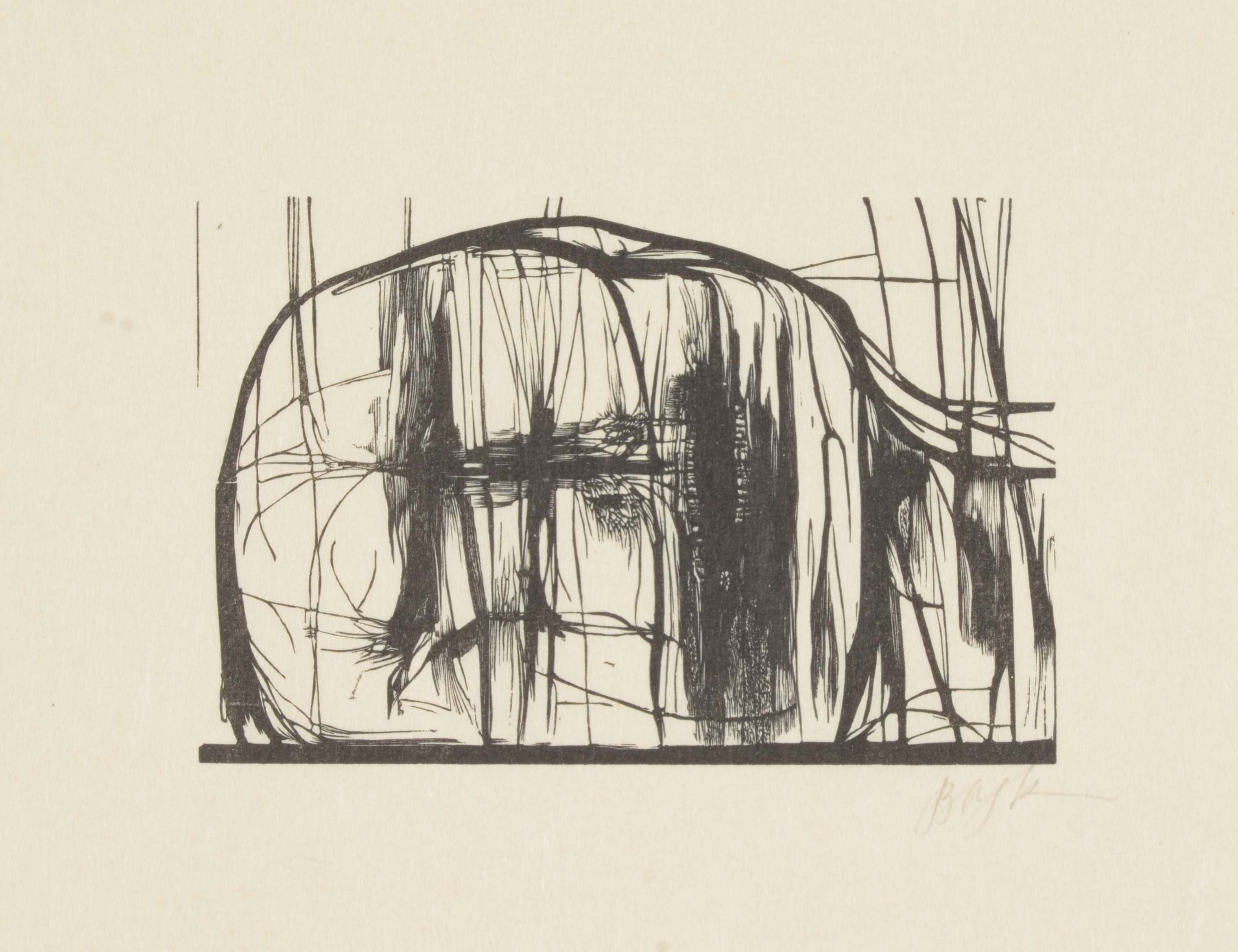 Marc Chagall’s series inspired by Jean de La Fontaine’s fables provides a less-somber outlook on famous stories. The influential art dealer Ambroise Vollard commissioned Les Fables de La Fontaine series in 1923, soon after meeting the artist for the first time. Over the next few years, Chagall’s wife Bella would read the fables to Chagall while the pair took trips to the French countryside to garner inspiration. Though finished in 1930, the etchings weren’t published until after World War II, in 1952.

Jean de La Fontaine and the fables themselves, published between 1668 and 1694, are an enshrined institution in French culture. The choice of a Russian-born (and Jewish) artist to depict such a French subject was controversial. Would it not be better to choose a French artist? In an article in the newspaper L’Intransigeant, Vollard answered the critics. “‘Why Chagall?’ I answer: ‘Precisely because his aesthetic appears to me very near, and in a sense, related to that of La Fontaine, at the same time dense and subtle, realistic and fantastic.’” In the end, Chagall’s sense of fantasy was what had attracted Vollard to him. The resulting etchings, such as Deer and Vine (La Cerf et la Vigne) (AAP2240), meld Chagall’s sense of dreamy mysticism with the timelessness of La Fontaine’s fables. 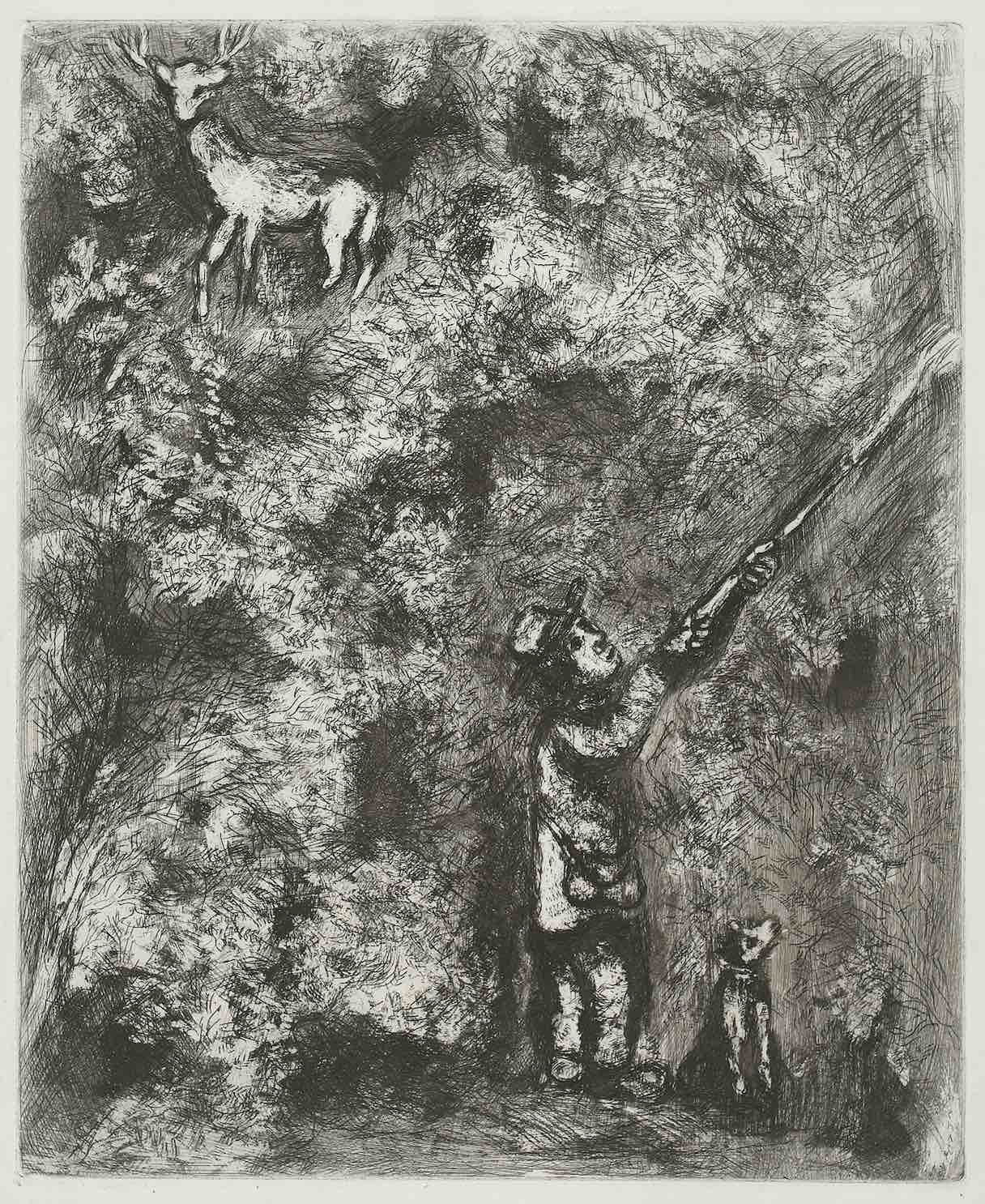