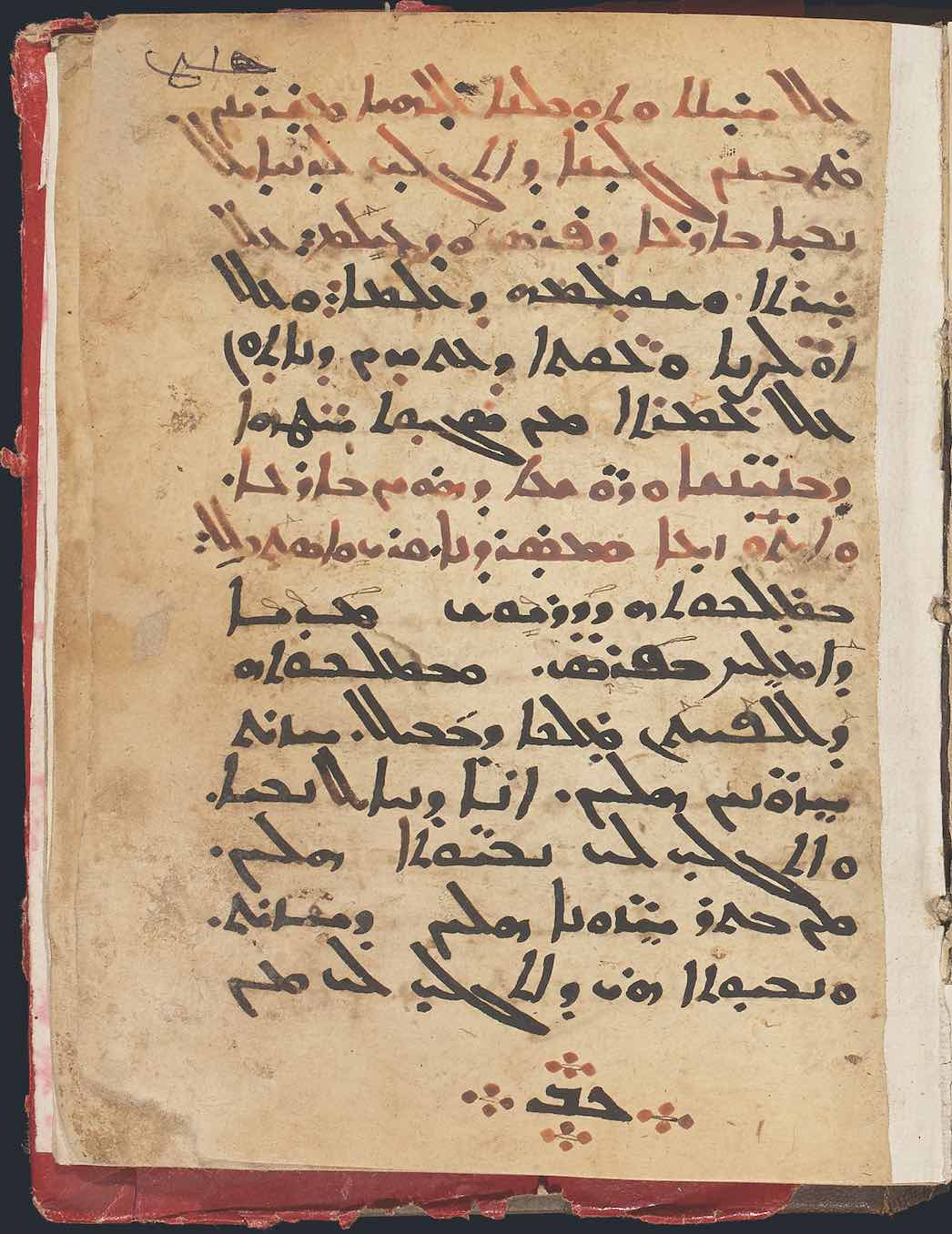 The opening to the Syriac Apocalypse of Daniel, in a manuscript belonging to the library of the Church of the Forty Martyrs, Mardin, Turkey. (CFMM 00281, page 359)

We live in a world ravaged by a pandemic, by wars, by all manner of catastrophic and frightening events. A world that seems out of control.

Ours is not the first generation to experience such calamities. A century ago, as World War I drew to a close, the Spanish Flu circled the globe. Other tragedies less remembered—local, regional, international—stretch back to time immemorial.

How people deal with such events has naturally differed. Some have described the end of the world, or at least the end of the world as they knew it. One such response comes from the Syriac Apocalypse of Daniel, composed by a Syriac Christian around the rise of Islam, when the power structures in the Middle East were being transformed. This rare Syriac work is preserved in just two 15th-century manuscripts, one at Harvard (Syr. 42) and another, recently identified by HMML, in the library of the Church of the Forty Martyrs in Mardin, Turkey (CFMM 00281). The latter, copied in 1475 CE, begins:

“With Godly strength and confidence, we begin to write the revelation that was revealed to Daniel the prophet in the land of Persia and Elam, concerning the end and culmination of the world, and concerning the afflictions and sorrows that are about to come upon the inhabited world because of the many sins of humanity and the crimes that took place in the land, and the fearful and terrifying signs. Read and understand!

Later the tribulations are described at length, culminating with Earth’s inhabitants being afflicted “with the sword and with pestilence; also with all kinds of trials.” Immediately, however, the scene is reversed: “After this there will be silence on earth, and peace will abound; those who dwell in the world will be healed.” This is just the first in a series of such reversals, and while the imagery is often hyperbolic, the text betrays the angst of an individual and his community trying to cope with forces beyond their control as well as their belief that better days lay ahead.

The Syriac Apocalypse of Daniel is but one of many ancient apocalyptic works (including the biblical books of Daniel and Revelation) that similarly served to comfort in times of crisis. CFMM 00281 significantly enhances our understanding of this specific text, as well as the genre in general.

Matthias Henze. “Seeing the End: The Vocabulary of the End Time in Syriac Apocalypse of Daniel 13,” in Lorenzo DiTommaso, Matthias Henze, and William Adler, The Embroidered Bible: Studies in Biblical Apocrypha and Pseudepigrapha in Honour of Michael E. Stone (Brill, 2017), 554-568.